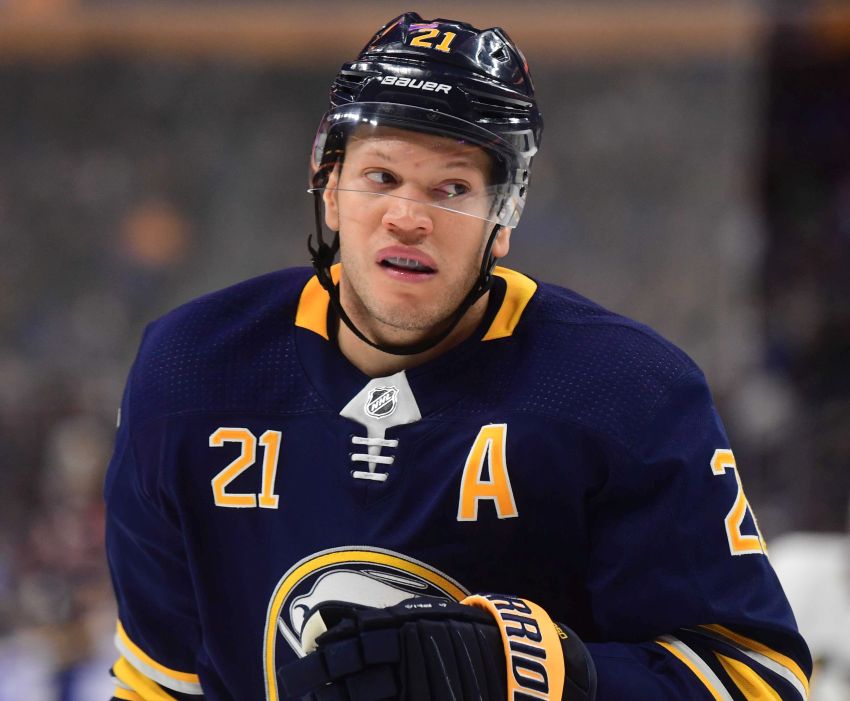 After missing four games due to a concussion – “More precautionary than anything,” he said – Okposo will play again tonight against the Maple Leafs.

“Definitely more neck than anything,” an excited Okposo said this afternoon inside Scotiabank Arena. “Got that work done and I feel good.”

While Okposo has been skating on his own, he hadn’t practiced since suffering his third concussion in less than two years.

“He’s ready to go,” Sabres coach Phil Housley said. “He gave me the thumbs up, he’s been itching to get back in the lineup.”

After accompanying the Sabres on their last road trip, the Sabres sent Okposo home for more examination and announced on Tuesday he had suffered another concussion.

“I felt good every day, progressed from there,” Okposo said.

Does Okposo, who has fought five times since joining the NHL 11 years ago, second-guess his decision to take on DeAngelo?

Naturally, Okposo said the injury worried him a little bit. After suffering a concussion two years ago, he was hospitalized in intensive care.

Okposo said he dealt with a “physiological component.”

“You get hit and … there’s definitely that component of, ‘Am I OK?’” Okposo said. “And then you start second-guessing. You just got to find a balance. You got to really be in tune with your body and your mind and be really honest with yourself and how you feel. I feel great.”