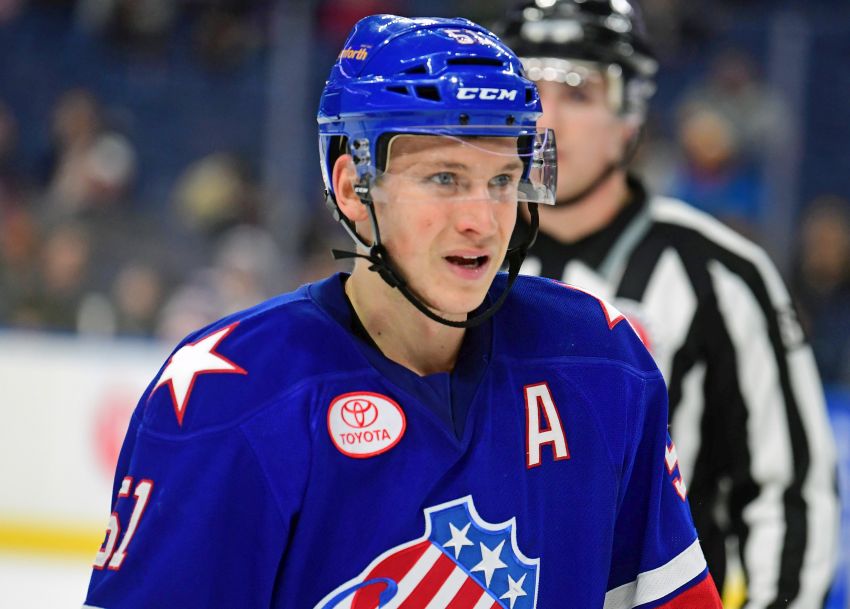 BUFFALO – Kyle Criscuolo was about to leave for the rink Sunday morning when Rochester Americans coach Chris Taylor phoned him.

“He was giving me a little joke,” Criscuolo said this morning inside KeyBank Center. “He said, ‘You’re not playing tonight.’ I said, ‘OK.’ He said, ‘You’re suspended. No, I’m kidding, you’re going up.’”

With a dearth of centers, the Sabres summoned Criscuolo, 25, for the second time this season. He will play tonight against the Toronto Maple Leafs.

Like Brendan Guhle, the defenseman recalled with Criscuolo, the Sabres want him to utilize his speed. Coach Phil Housley put Criscuolo between Benoit Pouliot and Nick Baptiste this morning, the Sabres’ third line.