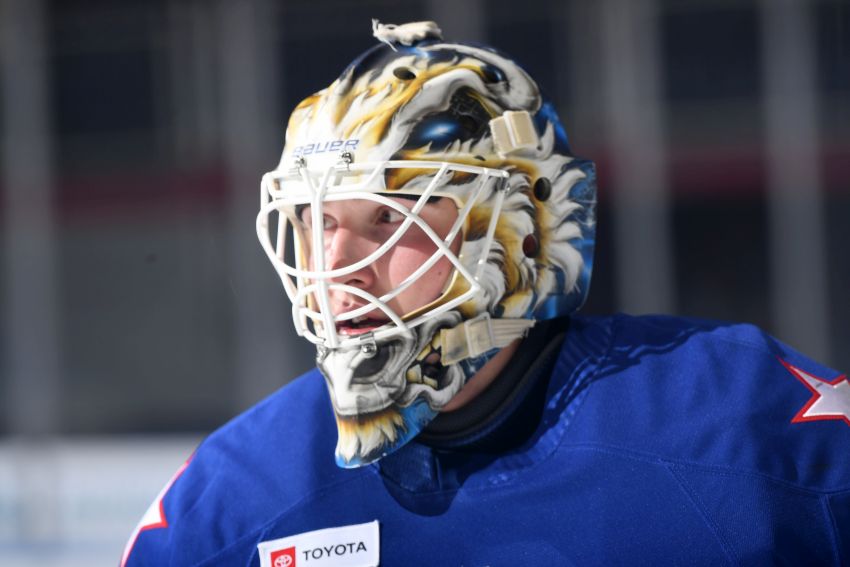 “Better than his numbers,” Adams said prior to Tuesday’s 4-2 win over the Carolina Hurricanes at KeyBank Center. “That’s why I think you got to be careful in the American League getting too caught up in that.”

Still, Luukkonen hasn’t exactly been the Rochester Americans’ backbone. The Finn has struggled at times this season, registering an 11-12-4 record with a 3.51 goals-against average and an .894 save percentage in 32 games.

Luukkonen, 23, performed well in Buffalo earlier this season before suffering a lower-body injury, posting a .917 save percentage in nine games.

But since he returned to the Amerks in early February, he has allowed two or fewer goals in just four of his 15 outings while registering a 5-6-4 mark.

“I like the way he’s played, he’s made big saves at big times,” Adams said. “I think there’s been times we’ve been sloppy in front of him. And then when he we had so many injuries, he was (facing) 50, 55 shots (a game). His game for me has been good.”

Adams likes the mental toughness Luukkonen, a youngster labeled as the Sabres’ goalie of the future, has displayed.

Luukkonen has often playing in front a patchwork defense corps. Casey Fitzgerald and Mattias Samuelsson graduated to Buffalo during the winter. Brandon Davidson, perhaps Rochester’s sturdiest veteran defender, has been injured most of the season.

The Amerks recently acquired veteran Mark Alt to help fortify the blue line for their playoff push. With 11 games left, they’re in fifth place in the North Division, the last postseason spot.

“Every game is a playoff game for them right now,” Adams said. “I mean, they are in a battle. So I actually like the thought of like UPL having to feel that as a goaltender, like, ‘This is a huge night.’”