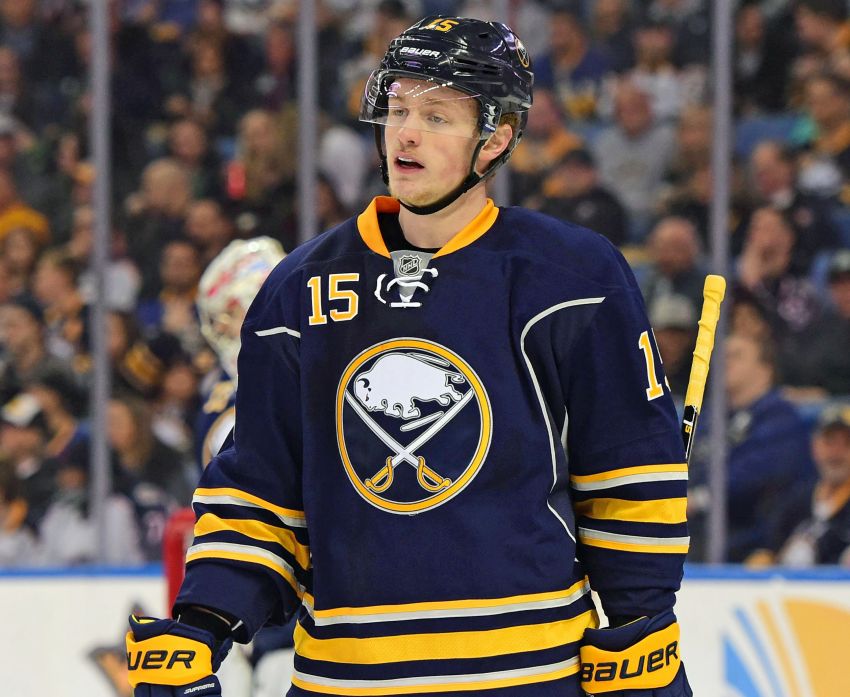 BUFFALO – Sabres center Jack Eichel refused to say if he plans to make his season debut Tuesday. Coach Dan Bylsma would only say “there’s a possibility.”

But Eichel, out since suffering a high left ankle sprain Oct. 12, skated between his regular linemates, Evander Kane and Sam Reinhart, this morning during practice. Eichel also manned a point during power-play drills.

All signs point to Eichel, 20, playing in the road game against the Ottawa Senators.

Eichel also accompanied some of his words with smiles and other little looks that made it seem like he’s preparing to play his first NHL game since April 9.

He will travel with the Sabres to Ottawa.

Eichel has skated with his teammates four times. On Sunday, he participated in more arduous work than today, battling with teammates.

“Jack looks good on the ice,” Bylsma said. “Yesterday was a bigger test for him … and he responded well to it, came back this morning feeling good about. His skating’s good. He’s beating guys, stepping off guys, creating room and separation. Looks good to me.”

Eichel added: “Who knows what will happen tomorrow night, it’s more than 24 hours away. All I can say is I felt good today, I felt good the last few days. I think I’m just getting more comfortable on the ice.”

Of course, Eichel, a second-year star the 7-9-5 Sabres have sorely missed, has anxiously been waiting to play.

“This is the toughest part, right?” he said. “Now that you’re getting this close to it, you feel like you can go any day now. The patience is starting to wear thin, but you got to make sure you be smart.”

The Sabres need to recall a forward if Eichel can’t play, Bylsma said.

Check back later for much more on Eichel!