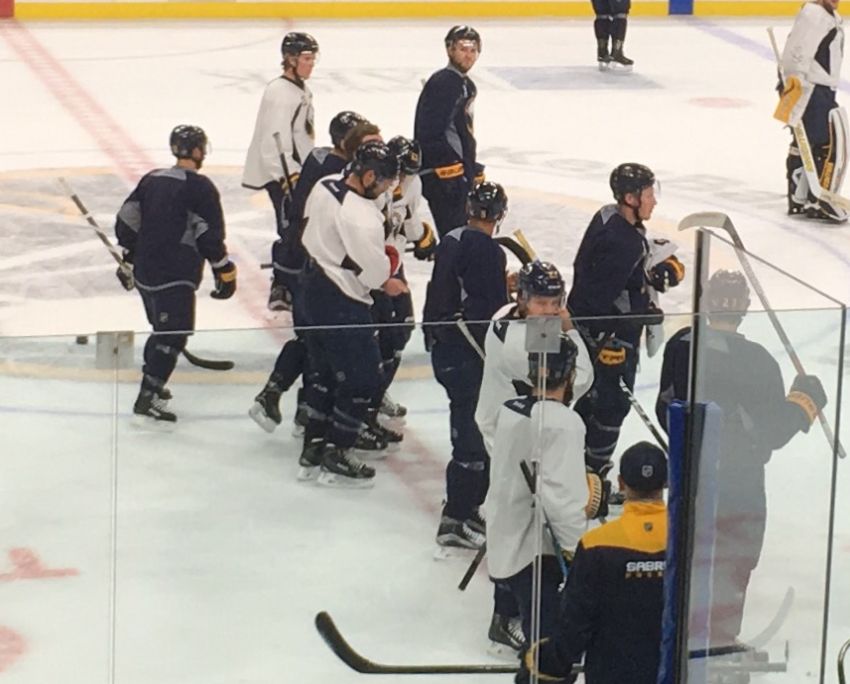 Jack Eichel is helped off the ice this morning. ©2016, Olean Times Herald

BUFFALO – Sabres center Jack Eichel was helped off the ice from this morning’s practice in noticeable pain after his left leg buckled in front of the net during a drill.

“Not a lot to tell after that,” Bylsma said. “He’s going to get evaluated this afternoon.”

Eichel, 19, stayed on the ice and grimaced before team staff attended to him. The practice, which was noisy, fell silent. The second-year star was brought to his feet after a minute or two and led off the KeyBank Center ice.

The Sabres, of course, open the season Thursday against the Montreal Canadiens.