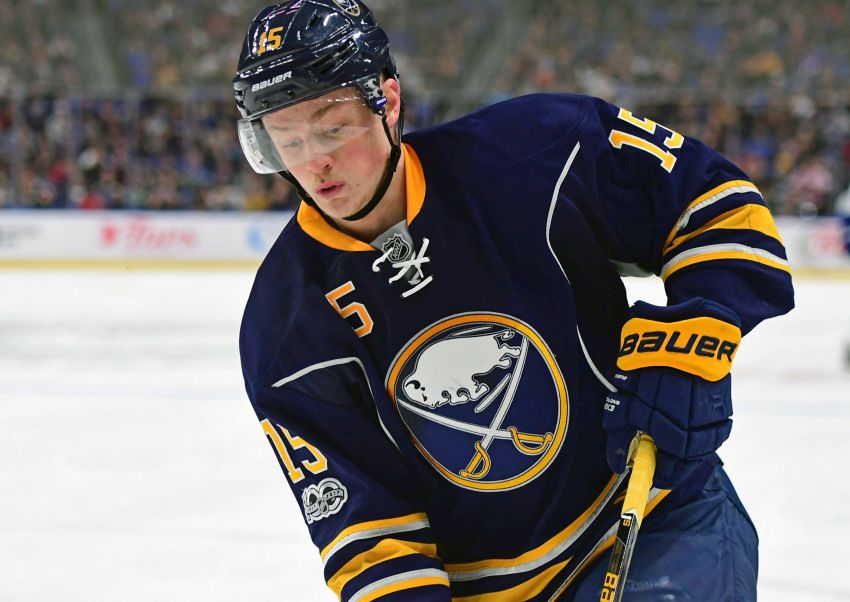 “We all, starting with myself, got to take more responsibility,” Lehner said Monday inside KeyBank Center. “It’s not certain lines, it’s not certain people.”

Still, some of Lehner’s words Sunday – “Let’s do another deke, let’s do another play … let’s do the fancy thing,” he said – seemed to be directed toward the team’s talented youngsters, perhaps center Jack Eichel, whose miscue around his own net led to a Canucks goal.

“People can assume whatever they want,” he said Monday after the Sabres prepared for tonight’s road contest against the Ottawa Senators. “It’s not what I said (Sunday). I didn’t name anyone. … It’s about all of us as a team. It’s about doing the small things. It’s about me making an extra save.

“We got to stop blaming each other, blaming whatever we’re blaming,” Eichel said. “Just come to the rink everyday and enjoy the fact that you play in the NHL. For me, I think I’m more than past getting worked up about it. I’m not going to change (Sunday’s) outcome with my attitude today.”

Sabres coach Dan Bylsma and captain Brian Gionta said they had no problem with a player speaking up.

Based on comments Monday and throughout the season, some players appear frustrated by the team’s style and the constraints it puts on them. They want to play more aggressively.

So how does Bylsma balance having a system and allowing his best players to showcase their talents?

“That’s the challenge,” he said. “If you want to play a team game, you can’t get off the page, you can’t have the inclination to do it all yourself.”

Eichel, 20, said the Sabres seemed to sit back after going up 3-0 early Saturday.

“We’re almost afraid to push against them and try to score the fourth goal,” he said. “We’re almost too nervous to play in the offensive zone, make passes. We’re just sitting back and letting them come back.”

Eichel, of course, is one of the NHL’s most talented players, perhaps a future superstar. He doesn’t want to change his style much now.

“Whether it’s minute one or minute 60, I’m going to play the same exact way,” Eichel said. “I … just try to stick to the same routine every and same game plan. We’re all in the NHL for a reason. We built our identity at a younger age. We do something very well, and that’s why we play in the NHL.

“It’s a work in progress with our whole team, and I’m the same way,” he said. “I can’t look at someone else to try to make themselves better if I’m not trying to make myself better.”

Vancouver went up 2-1 after Eichel tried to stickhandle through traffic beside his net. He accepted blame for the poor decision.

“Not a time to make that play or even try that play,” Bylsma said. “Even if you make that play, (it) doesn’t mean it’s a good one. That’s a little bit of the balance when you’re talking about puck management and executing and having the freedom with the puck.”