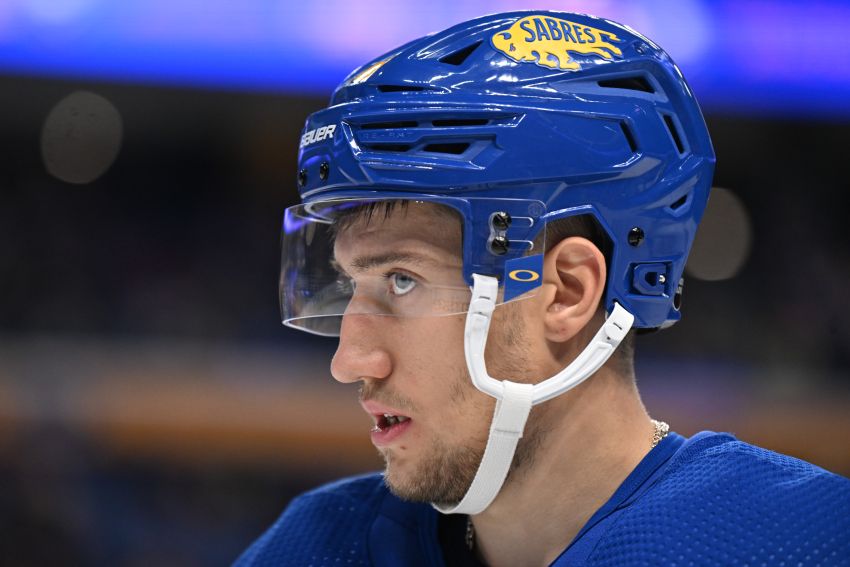 BUFFALO – Defenseman Ilya Lyubushkin, out the last three games with a lower-body injury, practiced Thursday and is day to day, according to the Sabres.

“Feel good,” Lyubushkin said following the session at KeyBank Center. “Getting better and better every day.”

Could Lyubushkin, 28, return for tonight’s game against the Carolina Hurricanes or Saturday versus the Tampa Bay Lightning?

“Too early to tell,” Sabres coach Don Granato said. “It sounds like from the medical side there’s reason to be encouraged. But now that he’s on the ice we’ll have a conversation with him and see how it goes. But it’s nice to get him out there. I think the way the injury is this thing is resolving quicker now.”

Lyubushkin blocked a shot Oct. 18 against the Edmonton Oilers, missed one and game returned for three contests before the Sabres shut him down last week.

The Russian said the injury was still inflamed and sore.

In other injury news, defenseman Henri Jokiharju, out the last six games after suffering an upper-body injury, has skated on his own the last two days, according to the Sabres.

A puck hit Jokiharju, 23, in the face Oct. 20 against the Calgary Flames. The Finn did not accompany the Sabres on their two-game road trip.