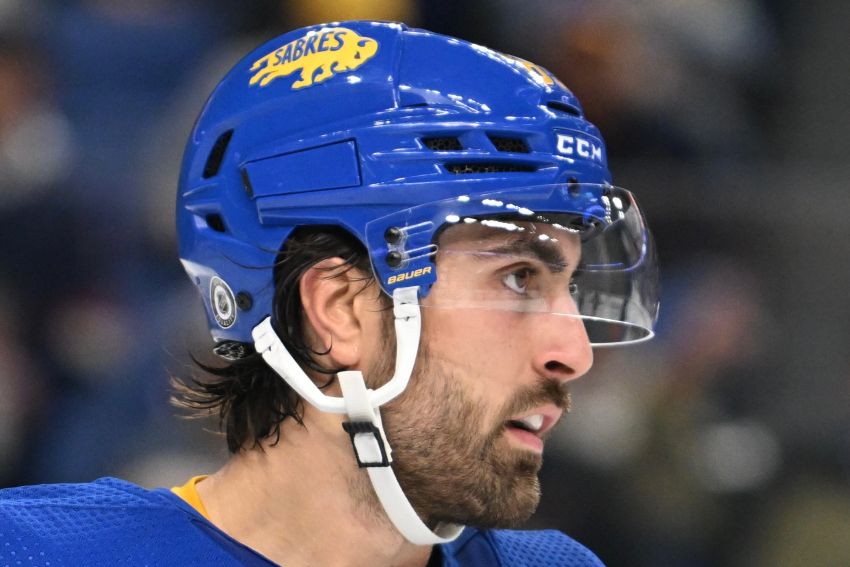 BUFFALO – Ten games and seven wins into a new season, the Sabres look like they’ve already grabbed their spot among the Eastern Conference’s heavyweights.

The Sabres didn’t just beat the Pittsburgh Penguins 6-3 on Wednesday; they roared back from a two-goal, third-period deficit for the second time in three contests.

In extending their winning streak to three games, the Sabres shook off a weak start, sending the reeling Penguins to their sixth consecutive loss (0-5-1) before a crowd of 12,201 fans at KeyBank Center.

“The nice thing is you see guys making game-breaking plays in what would normally or previously be perceived as pressure,” Sabres coach Don Granato said.

After Jake Guentzel’s power-play goal 8 seconds into the third period put the Penguins up 3-1, the Sabres snagged the lead at the 10:34 mark, when winger Alex Tuch converted center Tage Thompson’s nifty feed at the net.

“I mentioned it to the group at the end of the game, to give up the goal immediately to fall down two goals, we hadn’t had a good night to that point yet, and then we responded,” Granato said. “So it is a testament to the group’s will, determination. But I think they know their … identity, and we knew we weren’t playing to it to that point. I think the collective feel going into the third (was), ‘We are going to get to it and we are going to turn it up.’”

“We didn’t get down on ourselves, we didn’t slump down and we went out there and tried to respond right away,” Tuch said. “We were able to have a great come-from-behind win there and it showed a lot of guts in this room. It took all of us, honestly. We all beared down and it started with (Eric Comrie) in net and went out from there.”

Power, 19, enjoyed the best night of his short career, registering two assists in 23 minutes, 51 seconds of ice time. In feeding Olofsson from the point, he faked out goalie Casey DeSmith, creating an open net.

“It was a great game by Owen,” Granato said. “Obviously, we’re short D, we’re asking him to do a lot more than we should be asking a 19-year-old guy to do, and that play to Victor Olofsson was, I mean, Victor had a completely empty net, completely empty net by virtue of Owen not only freezing the goaltender and freezing everything, but making the perfect pass right into the wheelhouse of Victor – the velocity perfect, location, perfect timing.”

Power said: “I just got the puck and had space so I was kind of loading up to shoot it. I kind of saw that seam open up so I threw it over and he put it in.”

Olofsson said he thought Power was going to shoot the puck.

“But I was ready for it,” said Olofsson, who added a late empty-net goal, his team-leading eighth. “It was a nice fake pass and fake shot and incredible pass.”

“We had to come from behind but we were up with about 10 minutes left and I don’t think we took our feet off the gas,” Tuch said.

The Sabres have outscored their opponents 20-7 in the third period this season.

“When we get to our game, we’re pretty dangerous,” Thompson said. “So that’s just something we go to focus on getting to it earlier.”

Rookie winger JJ Peterka scored the Sabres’ other goal after the Penguins went up 2-0 in the second period. Comrie made 18 saves.

Jason Zucker and Josh Archibald scored the Penguins’ first goals. After averaging 45 shots on goal over their previous three games, the Sabres pumped 31 on DeSmith.