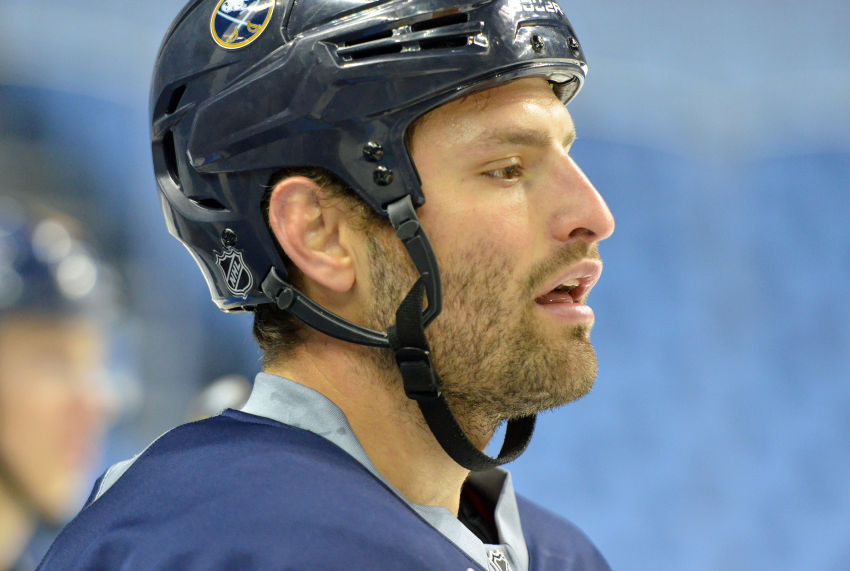 PITTSBURGH – Just how lopsided did contests between the Penguins and the Sabres become as Buffalo infamously fielded a less-than-stellar lineup for two seasons?

Well, the Penguins have outscored the Sabres 25-3 in their six straight victories against them!

These days, the Sabres are fielding a strong lineup filled with young, first-rate NHL talent. The Penguins, who have won two straight games and five of six, probably won’t run the Sabres out of the Consol Energy Center tonight. The Penguins have only 16 goals all season.

Update: Sabres winger Tyler Ennis, whose three goals lead the team, will be scratched because of a lower-body injury. Ennis skated this morning after missing practice Wednesday. Tim Schaller will make his season debut.

“We’ve added a lot of skill,” Sabres defenseman Mike Weber said this morning. “The speed of the game, the pace of that game we try to play is right up there with them.”

Weber believes the Sabres are “closing the gap.”

Weber, a Pittsburgh native, will return tonight after getting scratched twice. Sitting, of course, is nothing new for him.

“Throughout my career I’ve always been in and out,” Weber said. “I’ve always kept the same kind of focus and determination, just go out there, do what I do and hopefully introduce myself to a couple of their players in a physical way down low.”

“We’re going to need his physical style, his abrasive brand,” he said. “It’s going to be at the net. We’re going to see (Patric) Hornqvist at the net, especially on their power play. That’s where Webby’s at his best.”

Incredibly, Crosby, the best offensive player of his generation, has three points in nine games this season, all of which he scored in one game.

“You just don’t want it to be against you,” he said. “You get out there against him, you got to continue to make it hard for him. Watching the game last night, he’s forcing a lot of stuff. He’s not playing the way he’s played previously. But he still brings that element of speed and danger to his game we got to be careful about.”

Meanwhile, Bylsma, hours before his first game here as Sabres coach, spoke to a hoard of cameras and reporters this morning. Bylsma, who won the 2009 Stanley Cup, hasn’t coached here since the Penguins fired him following the 2013-14 season.

“He’s extremely jacked up already and it’s 11 o’clock, so it’s huge for him, all the success he had here,” Weber said.

Bylsma joked he had his “normal two cups of coffee.”

– Sabres defenseman Zach Bogosian, out since suffering a lower-body injury early in training camp, joined his teammates mid-session this morning.

Bylsma said Bogosian, who practiced once two weeks ago, “is progressing.”