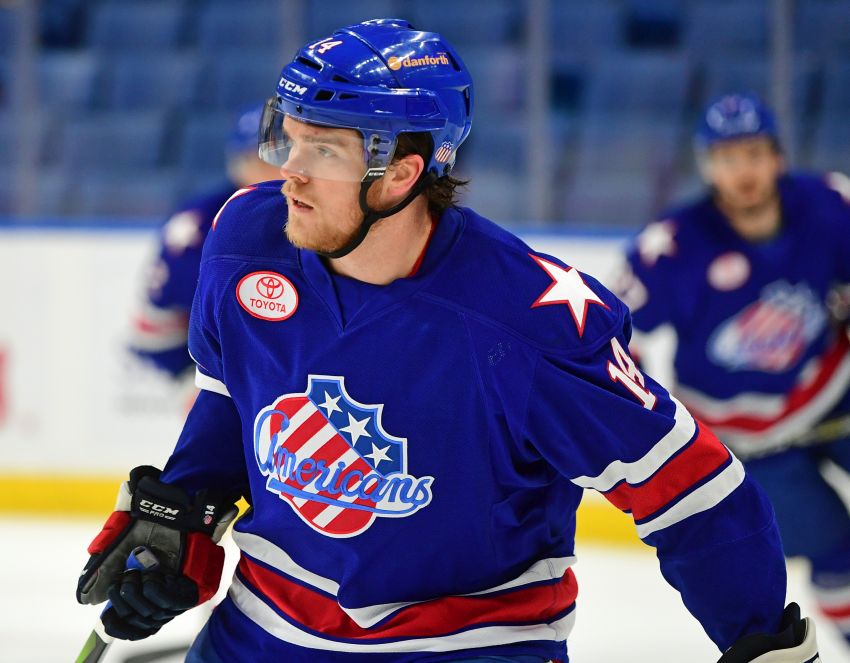 BUFFALO – The Sabres have re-signed forward Sean Malone, a West Seneca native who spent last season in the AHL, to a one-year, two-way deal, the team announced today.

After battling injuries and missing all of training camp, Malone, 23, earned regular duty as a rookie with the Rochester Americans in 2017-18, compiling 12 goals and 22 points in 73 games.

The Sabres drafted Malone in the sixth round, 159th overall, in 2013. He played four seasons at Harvard before making his NHL debut late in 2016-17.