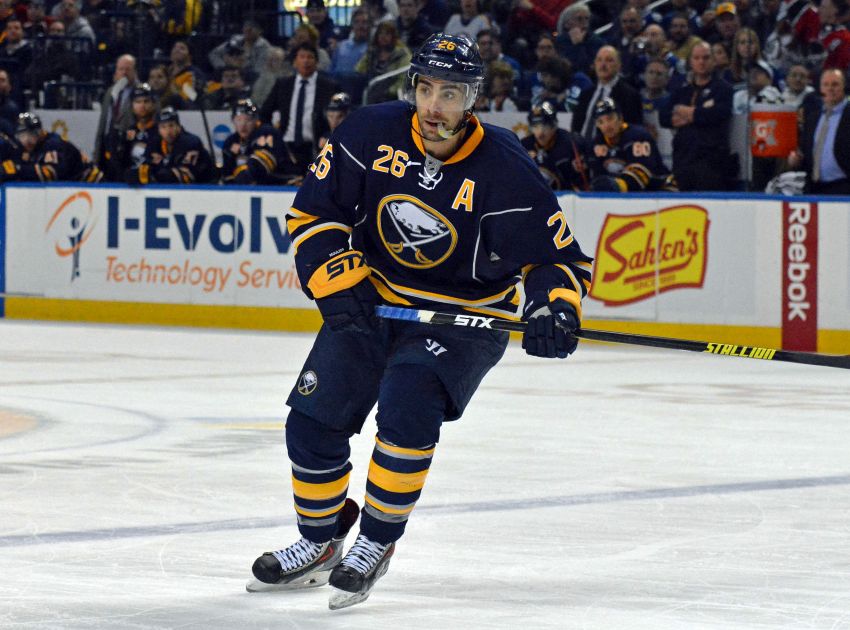 BUFFALO – For weeks, even months, the Sabres have gone all-out most nights, refusing to check out of their lost season.

They’re 2-3-1 in their last six games. On Saturday, they lost 3-0 to the New York Islanders, a game closer than the score indicated. On Friday, they fell 4-3 to the Chicago Blackhawks after blowing a late lead.

“For what we’re going through this year, I’m very proud of this team,” Sabres coach Ted Nolan said this morning inside the First Niagara Center. “One thing they do it they give you what they have to give. Some nights we just didn’t have it, and that’s almost every team in the league. But for the vast majority of the games, especially since the trade deadline occurred, they punch the clock and return to work.”

Sabres winger Matt Moulson added: “You got through tough times. You have to learn from them and make sure you’re getting better each day as a team, as an individual and making sure we’re striving to be that championship-caliber team.”

Why did the Sabres’ efforts get stronger as the season progressed? Most of their weak efforts were early on.

“I don’t know what it is,” Nolan said. “Communication’s very important, to make sure you stay on top of it. There’s 700-something odd jobs in this league. If you want to keep them, you got to make sure you’re one of the guys that plays on a consistent basis. You don’t want to see non-effort out there, because everybody in hockey watches.”

Plenty will be watching two of the NHL’s worst teams tonight. If the 30th-place Sabres lose, they’re guaranteed the first or second pick in June.

Goalie Anders Lindback will start his 14th game with the Sabres tonight. Moulson (sick) will return after a two-game absence, so Tim Schaller will likely be sent back to Rochester, Nolan said.

Nolan also said the Sabres will have an update on defenseman Mike Weber (soreness) later today.

Update: The Sabres have announced Weber will have season-ending surgery for a lower-body injury.

In other goalie news, Matt Hackett (soreness) still can’t skate and Chad Johnson (ankle) is skating on his own, Nolan said.