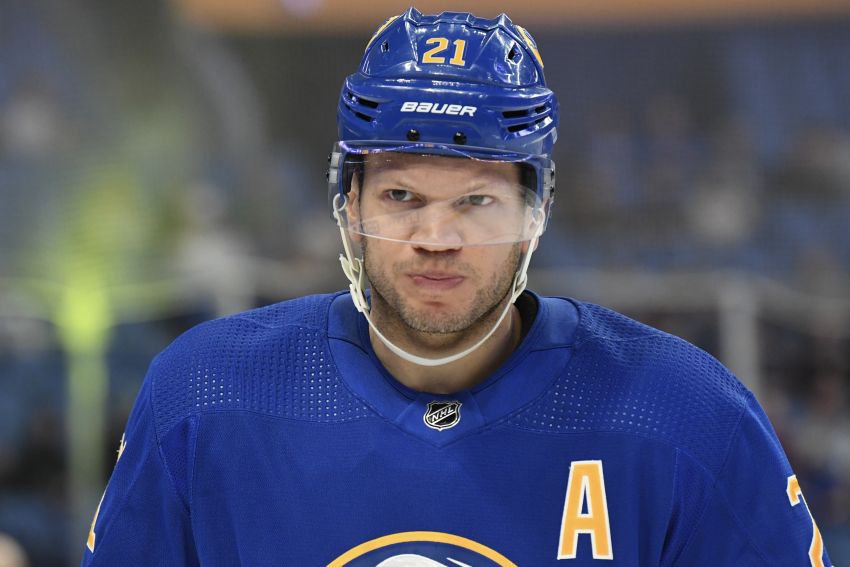 Kyle Okposo has grown close to his teammates this season. ©2022, Micheline Veluvolu

BUFFALO – Just 11 games remain in a grueling season in which the Sabres will miss the playoffs again, and veteran winger Kyle Okposo is disappointed.

Okposo, 33, is having a blast and wants it to keep going. The team has grown close this season. And after a decade of futility, the Sabres appear to have finally turned a corner, winning 10 of their last 17 games (10-4-3) entering tonight’s road game against the Carolina Hurricanes.

“It just feels like we’re planting the roots a little bit deeper this year,” Okposo said following Wednesday’s practice at KeyBank Center. “We have an attitude in there where, like – I haven’t talked about this with the guys but, like, I don’t want the year to end. It’s been so much fun. I have a feeling that a lot of the guys in that room feel the same way. We just want this to continue and we want this to keep going.”

Okposo said the team has “felt that way for a while.”

“There’s no, ‘Let’s just make it to the end and just ride this thing out, maybe get a couple wins,’” he said. “It’s go time every day. That’s a fun feeling to have. I think the way that we’re building kind of the relationships and the culture here I think is going to be what carries over.”

If that carries over, the wins could keep coming.

“We know that our playoff hopes aren’t really alive,” Cozens said. “When we’re playing this good, we look back on the year, there’s so many different games we know we could’ve won and wish we had won that would’ve kept those hopes more alive.

“So, I mean, I think everyone’s having a lot of fun right now. We’re winning hockey games. You look back on the season and you realize we’re winning now, we wish we could’ve done that earlier to put ourselves in a better position.”

As part of his suspension, Holmstrom, who was given a game misconduct at the end of the first period of the Amerks’ 4-3 win, must participate in diversity and inclusion education.

“We were made aware of an inappropriate comment made by one of our players in a recent game,” Amerks general manager Jason Karmanos said in a statement. “Once aware, we took immediate action through numerous conversations with the player, team, and league.

“To be clear, we have no tolerance for any form of hate and regret any harm his comment inflicted. We strive to maintain an inclusive environment in which our differences are celebrated. We have sought counseling and awareness resources for the player.”

Holmstrom, who’s playing on a tryout, has already served two games of the suspension.