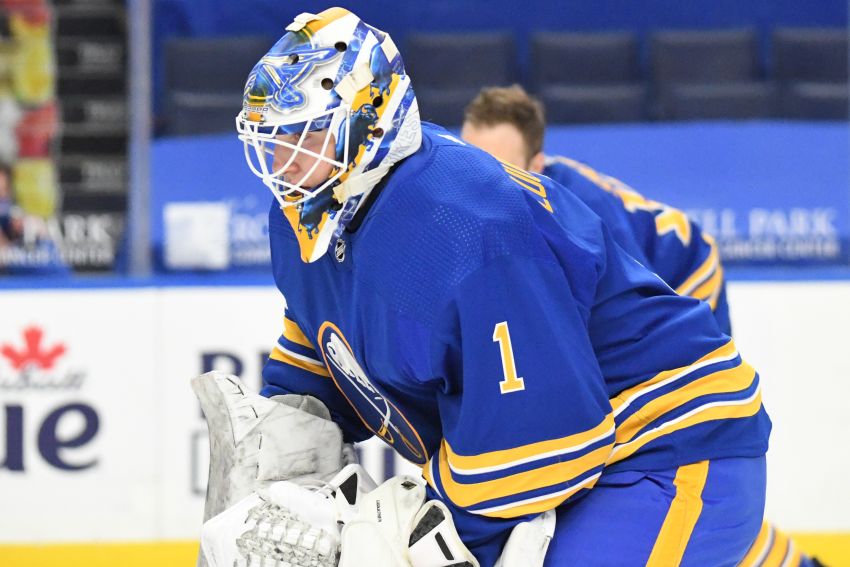 Buffalo Sabres goalie Ukko-Pekka Luukkonen left this afternoon’s game injured after his left skate got stuck on the goal post.

Luukkonen, 22, was injured as he moved across the crease in the waning seconds of the second period against the Boston Bruins. After the rookie caught his skate on the post, he fell backwards and appeared to grab his left knee.

The Finn was helped off the TD Garden ice. Dustin Tokarski has replaced him in net.

Update: Interim Sabres coach Don Granato did not have an update on Luukkonen following the game.

Stay tuned for updates. Michael Houser, who has spent much of the season on the taxi squad, is the only other goalie in the organization on an NHL contract.