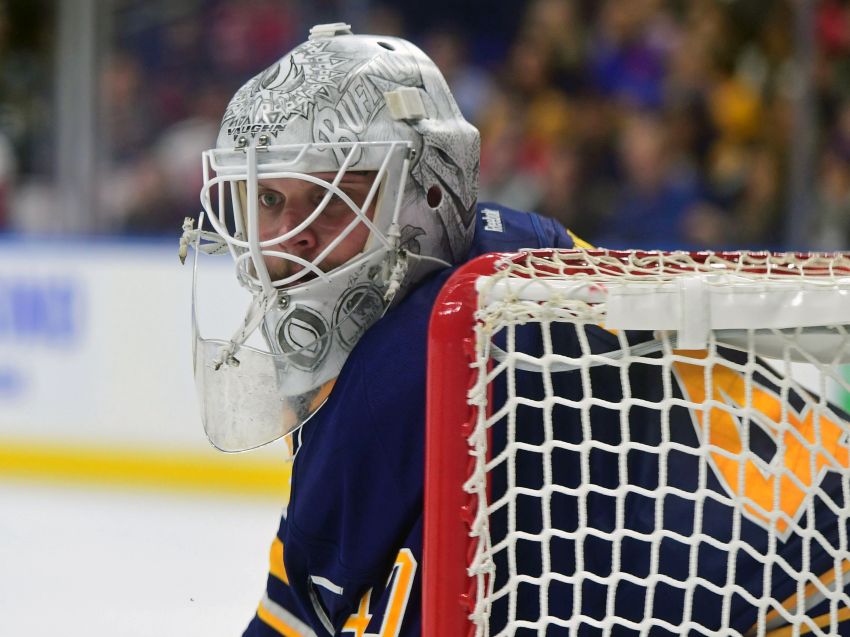 “He’s lobbying to back up tomorrow,” Bylsma said this afternoon inside KeyBank Center. “He’s going to see how it is in the morning.”

Lehner was injured on the Senators’ first goal. The Swede stayed in the game, but his hip cramped up when he stepped out to play a puck a few minutes later, Bylsma said.

Nilsson will likely start Thursday against the potent New York Rangers, whose 33 points rank second in the NHL.

– The Sabres held an optional practice this afternoon following their eighth win, a game in which center Jack Eichel scored a goal and an assist his long-awaited season debut.

Bylsma said as Eichel recovered from his high left ankle sprain earlier this week, it started to feel like the Sabres were preparing for a new year.

“Sunday or Monday felt like the last two days of practice before the season started with some anticipation of what type of team we could be and how we could play,” he said. “(I) got that sense going back to the two practices before the Ottawa game. In that sense, that was the home opener on the road.”

– Bylsma on Rangers winger Jimmy Vesey, whose rights the Sabres owned during the summer before he chose New York as a free agent: “I’d like to have ill feelings about Jimmy and the situation. I can’t. I had the opportunity to coach Jimmy for a couple of weeks in the world championship. I can’t say I know him well.

Vesey already has eight goals and 14 points in 24 games.