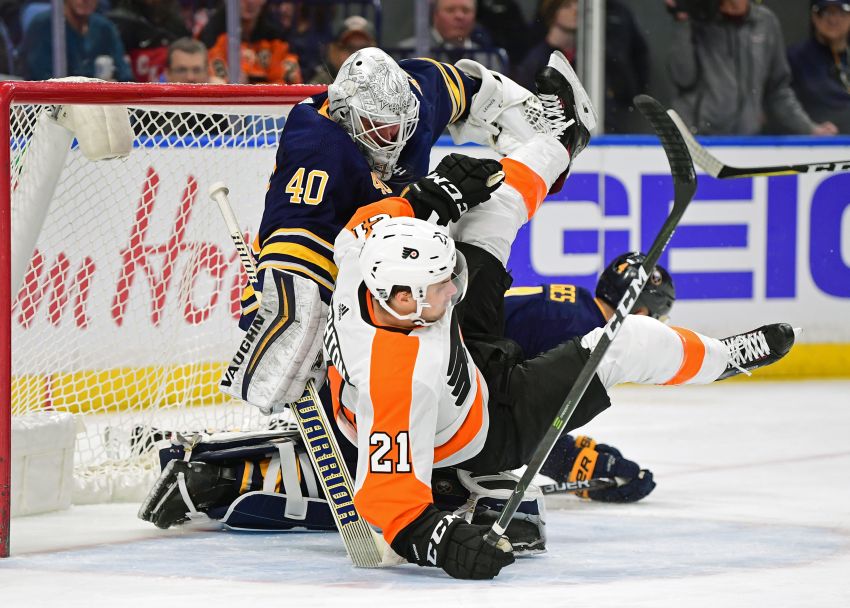 BUFFALO –With  Sabres goalie Robin Lehner day-to-day with a lower-body injury, Chad Johnson will start this afternoon’s tilt against the Washington Capitals and Linus Ullmark has been recalled, coach Phil Housley said.

Johnson, meanwhile, will make his 23rd appearance and 17th start this season. The backup has notched three of his four wins since Jan. 22, turning around what had been an awful season. He has won two straight starts.

“He’s really controlling his rebounds well, there’s not a lot of wasted movement in net, he’s square to the puck, he’s letting pucks hit him and he’s done a good job on his angles,” Housley said inside KeyBank Center.

The Sabres will make a lineup change up front, inserting winger Nick Baptiste. Housley didn’t say who would sit.

In other news, the Capitals acquired defenseman Michael Kempny, 27, from the Chicago Blackhawks late this morning for a 2018 third-round pick.