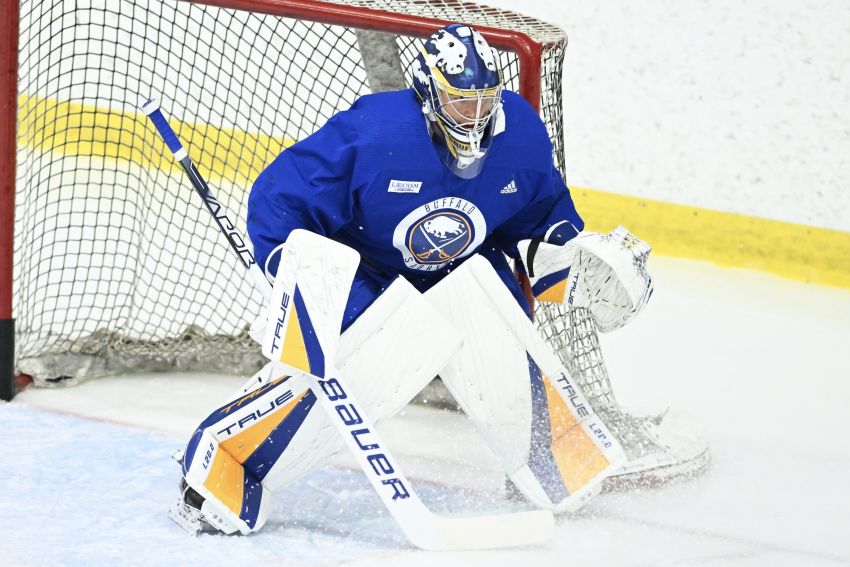 Eric Comrie signed with Buffalo during the summer. ©2022, Micheline Veluvolu

The Sabres, of course, expect Comrie, 27, to play a significant number of games this season or earn the starting job. He signed a two-year, $3.6 million contract during the offseason.

The rest of tonight’s game roster features mostly prospects and players ticketed for the Rochester Americans.

The rest of tonight’s roster is below.

There are now 55 players left on the training camp roster.