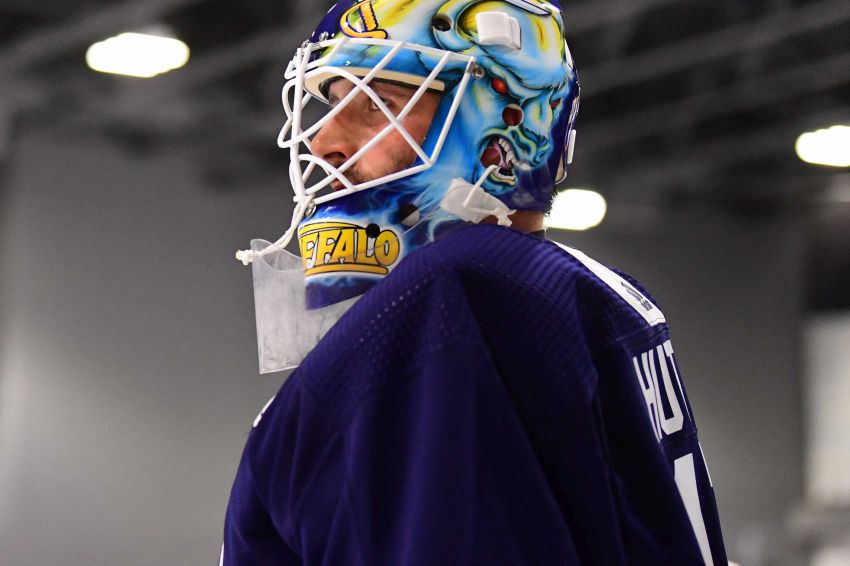 BUFFALO – About halfway through this morning’s practice, Sabres goalie Carter Hutton left the ice and returned to KeyBank Center.

So Ryan Vinz, the team’s emergency goalie and a Harborcenter employee, quickly changed into his gear and finished the session.

Hutton “tweaked something in his lower body,” Sabres coach Phil Housley said. He could be unavailable for Friday’s home game against the Pittsburgh Penguins.

“We’ll evaluate that later today and tomorrow morning,” Housley said. “Just being cautious with it right now, so we got him off the ice.”

Hutton has started four straight games. In the last two contests, he’s 0-1-0 with a 4.90 goals-against average and an .875 save percentage.

Housley said both are day-to-day.