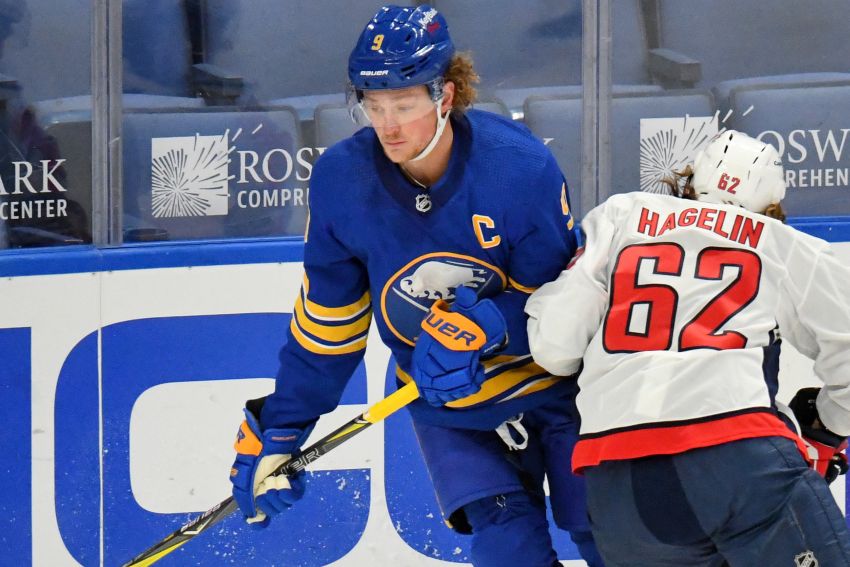 After Sabres captain Jack Eichel suffered a season-ending neck injury March 7, doctors wanted him to go through a conservative rehab and be reevaluated after 12 weeks.

Sunday ended that period, so general manager Kevyn Adams plans to begin gathering information on the progress Eichel has made in his recovery from a herniated disc.

Eichel, who was non-committal in April about his future in Buffalo, wants to undergo a surgery that has never been performed on a hockey player. Adams reiterated Wednesday the Sabres don’t want Eichel to have the procedure.

“I don’t really have an update, but it’s going to be coming here in terms of information I get in the coming days,” Adams said on a Zoom call after the Sabres won the NHL Draft Lottery. “I think it is important just to mention our doctors, their expertise, they still aren’t comfortable with any type of surgery that’s never been done on a hockey player before.”

Adams said he must talk to Eichel, 24, and his agents.

“The next conversation (is): OK, where are we at?” he said. “What are the doctors saying? Where is Jack’s thought process on all of this? And then we’ll go from there.”

A frustrated Eichel said in April there has been a “disconnect” between his camp and the Sabres over his injuries. Adams said last month the team has been in constant communication with Eichel’s side.

There’s speculation the Sabres could trade Eichel, their most dynamic player, this offseason.