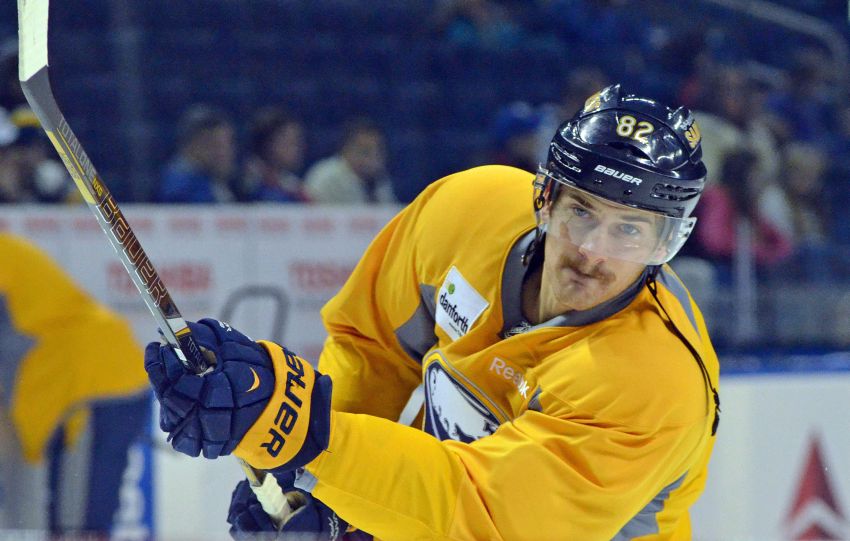 BUFFALO – So, which Sabres forward will sit tonight against the Montreal Canadiens?

Center Mikhail Grigorenko, the last forward off the ice this morning, said he’s playing. Tough guy John Scott, a healthy scratch last game, was off the ice early. The Canadiens haven’t been dressing their enforcer, George Parros. Nolan spoke to struggling fourth-line winger Marcus Foligno for a couple of minutes on the ice this morning.

“It’s one thing where we want to try to show some consistency and see what falls off after we do that,” Nolan said. “To be fair we have to make sure we keep the same lineup for a couple games in a row.”

That might mean Scott sits again against the Canadiens, winners of three straight. It appears defensemen Jamie McBain and Mike Weber could be scratched again.

If McCormick plays this weekend, that could push Foligno out.

Update: The Sabres have claimed Matt D’Agostini off waivers from the Pittsburgh Penguins.

Another update: The Sabres have added Kevin Prendergast to their scouting staff. Prendergast served as the Edmonton Oilers’ assistant general manager before joining Hockey Canada.