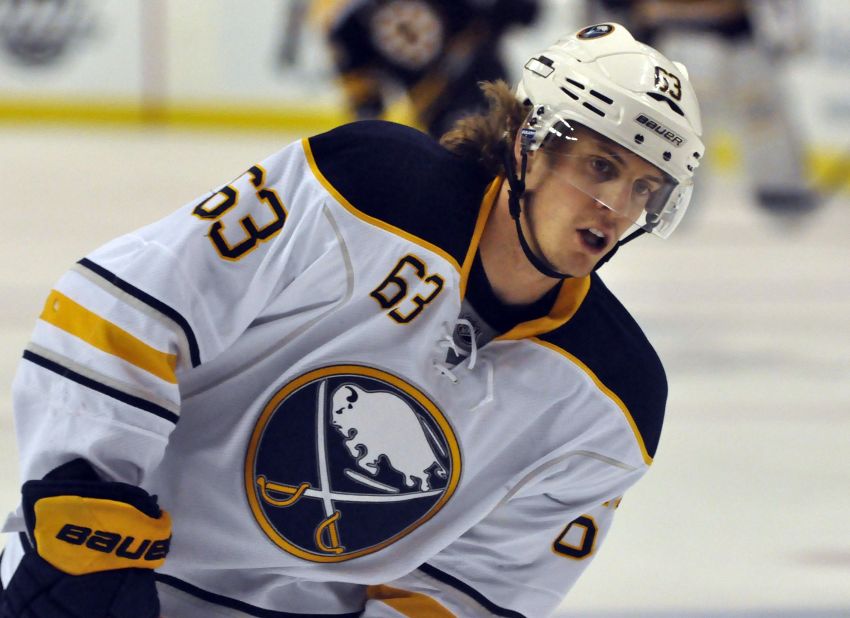 BUFFALO – Tyler Ennis couldn’t pass up what he called a “perfect opportunity.”

Instead of skating daily at a local rink waiting for the NHL lockout to end, the slick Sabres center is heading to Switzerland to play for the SCL Tigers, a team in the country’s top hockey division, National League A. Minnesota defenseman Jared Spurgeon, Ennis’ best friend, will be joining him.

“I have a good opportunity to stay in game shape,” Ennis told the Times Herald. “It’s great hockey over there. I’m going to be playing with my best friend I grew up playing with my whole life. It’s a pretty cool opportunity for us to play together, live together, experience Europe. So I’m really excited.”

If the 22-year-old, who’s been practicing with other Sabres at the Northtown Center, feels well enough, he could play as soon as Tuesday. He’s leaving tonight.

Ennis believes he’ll be playing center, a position he switched to last season. He said he’s joining a good league, one that’s “fast, quick, offensive,” which suits his style.

“I think it’s going to be a lot of fun,” said Ennis, who’s never been to Switzerland. “I’m also just looking forward to working hard and trying to improve at center.”

A steady stream of players have left for Europe since the lockout began Sunday. Sabres defenseman Christian Ehrhoff returned home to Germany for a DEL gig earlier this week.

Some have accused the NHLers heading overseas of taking another player’s job, something Ennis hopes he’s not doing.

“The team has welcomed me with open arms, so I’ll try to work as hard as I can to win games,” he said. “They’re excited to have me and Jared. I’m excited to go over there as well.”

“My agent did an absolutely awesome job,” he said. “I just said it’d be fun to go over to Europe and play.”

Of course, Ennis, who inked a two-year, $5.625 million NHL contract Saturday, will return once the lockout ends. But with zero progress being made toward a new collective bargaining agreement, he could spend a long time in Europe.

“I’m kind of focused now on just improving my game and going over to Europe,” Ennis said about the lockout. “So hopefully it gets settled quick. You never know what happens with these sort of things.”

The Rochester Americans’ Oct. 21 home game against the Hamilton Bulldogs has been moved to Oct. 23 at the First Niagara Center. Both teams would’ve been playing three games in three nights.

The Amerks moved four games from the Blue Cross War Memorial to Buffalo during the 2004-05 lockout.

The Sabres have already assigned some players expected to make the NHL club – most notably Marcus Foligno and Cody Hodgson – to the AHL.