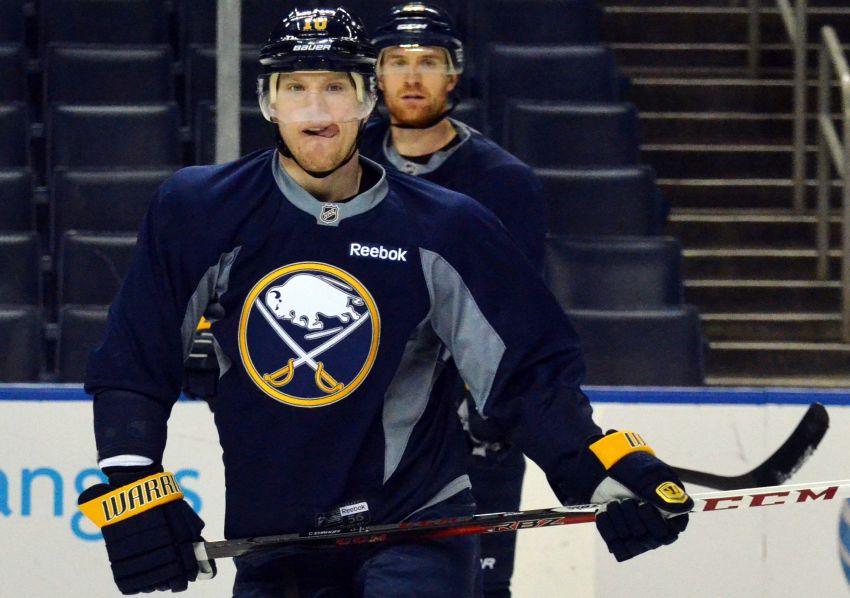 BUFFALO – The Sabres’ banged-up defense corps should be getting their best player back tonight against the Montreal Canadiens.

Christian Ehrhoff, sidelined by a muscle strain Tuesday, skated this morning inside the First Niagara Center.

“He’s going to take warm-up tonight and we’ll see where he’s at,” Ruff said. “Early indications are he should be able to make it.”

Ehrhoff said he began hurting Monday morning. He skated prior to Tuesday’s 4-3 loss in Ottawa but couldn’t go.

“After a couple of laps I knew it wasn’t working,” he said.

Ehrhoff’s arguably been the lone bright spot on the Sabres’ struggling defense, compiling five assists and a plus-2 rating through nine games.

In other injury news, defensemen Robyn Regehr (lower body) and Andrej Sekera (bruised foot) skated this morning and could return within days. The Sabres play the Islanders in New York on Saturday and host Boston on Sunday.

Update: Ehrhoff is back in tonight, Adam Pardy will sit.