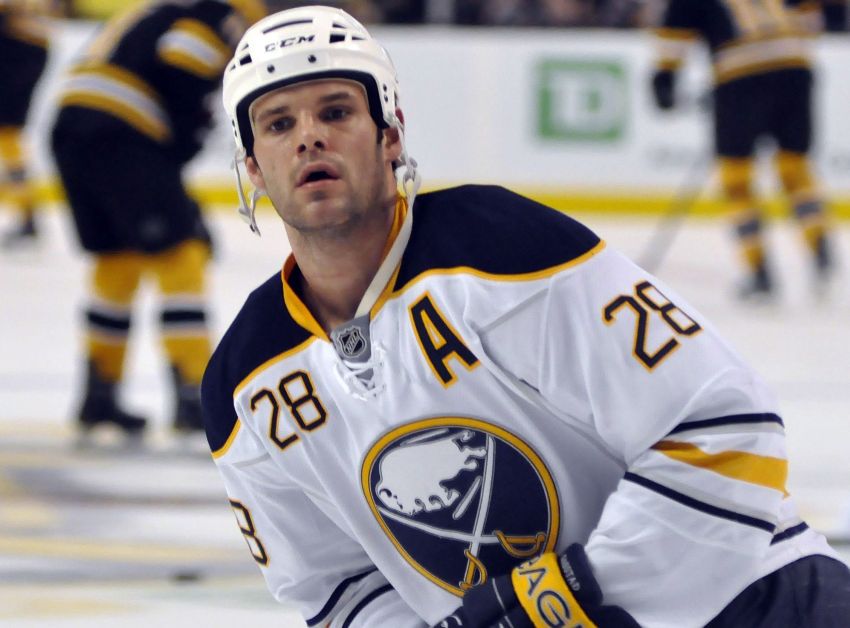 BUFFALO – If it meant getting better in the future, Darcy Regier said the Sabres would take a minor step back at the NHL trade deadline. Sixty-two games into the season, the Stanley Cup talk for the 12th-place club has ceased. Monday was about utilizing assets and filling a glaring need for a scoring center.

Clearly, the general manager had a plan to fix his underachieving team, which was six points out of eighth place at the deadline.

In a seller’s market, Regier held homegrown center Paul Gaustad, one of best available chips, and he wanted a first-round pick or else he wouldn’t trade the upcoming unrestricted free agent. Regier also coveted that pivot to resuscitate an anemic offense ranked among the franchise’s worst ever.

In dealing Gaustad to the Nashville Predators for a first-round pick and pulling the day’s blockbuster by flipping former first-round winger Zack Kassian to the Vancouver Canucks for center Cody Hodgson, a 22-year-old rookie with 16 goals and 33 points, Regier believes the Sabres still have a run at the postseason.

“We are all aware of the odds against us,” Regier said inside the First Niagara Center before the team left on a five-game road trip. “But I think with Cody coming in he will give us a good boost on the offensive size. We certainly lose Gaus’ competitiveness, his size and thickness and his ability to play against the other teams’ top lines.”

What kind of day was it?

The Sabres, who had been quiet all day, quickly became the talk of the NHL.

Shortly before 3 p.m., they raised eyebrows when Nashville, a strong team trying to get over the hump, met their high demand (the Sabres also sent a fourth-round pick). They now have two first-rounders and two second-rounders in June’s draft.

Then, just after the deadline had passed, word trickled out the Sabres had traded Kassian, a rookie they selected 13th overall in 2009, for Hodgson, the 10th pick in 2008. Hodgson now ranks third in goals and fourth in points for the Sabres.

“I would characterize the center position as maybe the second-most difficult position to fill … behind goaltending,” Regier said. “Most teams are struggling to find top centers. … When we started to go through the process of, ‘Where are we going to get centermen going forward?’ it became a priority.”

With a scoring at a premium, youngsters of Hodgson’s ilk are rarely traded. But the Canucks wanted the 21-year-old Kassian’s toughness and soft hands.

“We felt we needed better balance on our team,” Canucks general manager Mike Gillis told reporters in Phoenix. “We needed some size and we needed some toughness.”

With Kassian and Gaustad gone, the Sabres lack some size and toughness.

Regier, however, is comfortable prospects Marcus Foligno and Brayden McNabb, two rookies in Rochester, will eventually fill those roles. He also plans to pursue grit during free agency.

“Marcus Foligno can play every bit the style or way that Zack Kassian can play,” Regier said. “We’re comfortable with Marcus going forward.”

The 30-year-old Gaustad, one of the league’s premier faceoff men, had been performing splendidly, chipping in points and playing a supreme checking role between Nathan Gerbe and Patrick Kaleta.

Leaving after 479 games was emotional.

“There’s something about that small town in Buffalo that will always have a place in my heart,” Gaustad, a seventh-round pick in 2000, said on a conference call. “Growing up here was special. It’s a new chapter and I am really looking forward to it.”

The Sabres spoke with Gaustad’s agent before and during the weekend and decided they wouldn’t negotiate an extension.

“We thought long and hard about whether or not, A., to trade him, and if so, under what conditions to trade him,” Regier said. “We set the standard high, and the standard was we had to be able to acquire a first-round pick.”

Regier said another team offered a first-round choice for Gaustad prior to Nashville but yanked it.

“Nothing was happening really until we got an hour and half from the deadline.”

Many thought they might trade Roy, their top center with only 35 points. Roy’s hit a wall this season, morphing from a top point-producer into a non-factor most nights. But Roy still has a year left on his contract.

“The calls that I got on Derek were minor compared to Paul Gaustad,” Regier said. “I think there’s the attractiveness of Paul’s situation, meaning he’s unrestricted and it’s a contract teams felt strongly they could fit in for a short period of time versus … players with an additional year on their contracts.”

Boyes has only three goals in 47 games. Teams asked about the upcoming free agent, but the Sabres felt it was “important” to keep him, Regier said.

Sulzer, meanwhile, has played only 12 games this season and 74 over a four year-career. The 27-year-old German also played with Nashville and the Florida Panthers. He has one goal, eight points and 20 penalty minutes.

Gragnani, a late-season hero in 2010-11 that led Sabres in playoff scoring, never got on track during his first full NHL season. Despite a team-high plus-10 rating, he had been a healthy scratch 12 of the last 13 games.

“We just essentially traded defensemen we thought could benefit from a fresh start,” Regier said.

The Sabres are $214,050 under the salary cap, according to capgeek.com. Center Jochen Hecht (concussion) has been placed on the long-term injury list, Regier said. Hodgson makes $1,666,666 and will be a restricted free agent after 2012-13.