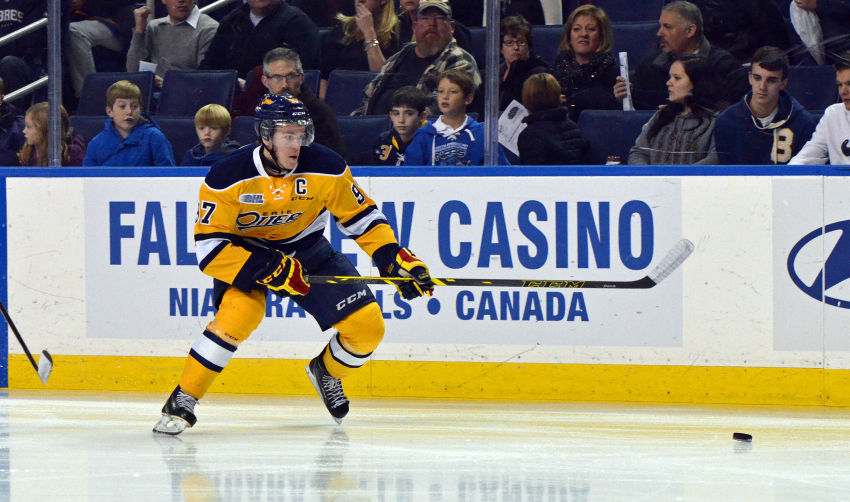 BUFFALO – Besides being a coach, the Sabres’ Dan Bylsma counts himself as a hockey fan.

So Oilers phenom Connor McDavid’s first meeting with Pittsburgh Penguins superstar Sidney Crosby on Friday in Edmonton, one of the most anticipated matchups on the NHL schedule this season, was circled on Bylsma’s calendar.

Now, with McDavid sidelined “months” with a broken clavicle he suffered late Tuesday in the Oilers’ 4-2 win against Philadelphia, Bylsma, like most hockey fans, is wildly disappointed.

“I don’t know if there could be any more disappointment that he’s not going to continue playing,” Bylsma said this afternoon following practice inside the First Niagara Center.

Sabres center Jack Eichel, the mega-prospect selected second overall in June after McDavid, said he had no reaction to McDavid’s injury. Clearly, Eichel wants to distance himself from McDavid comparisons.

In Sabres news, wingers Tyler Ennis and Jamie McGinn both practiced today after maintenance days. They should play Thursday against Tampa Bay, when the Sabres try to win three straight games for the first time since December.

The streak would be significant for the Sabres, who have won three of the last four.