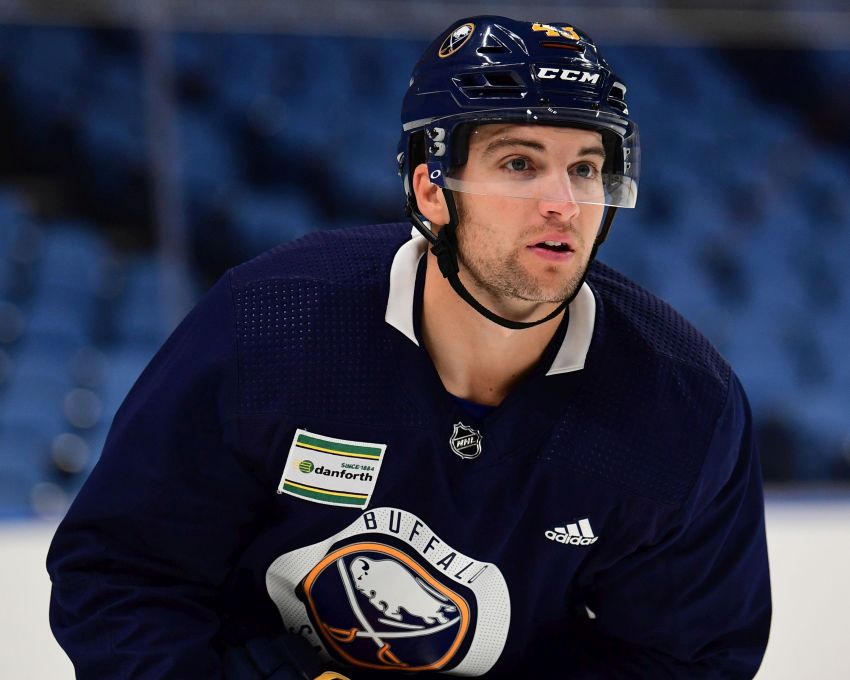 The Sabres have 12 healthy forwards for tonight’s game against the Montreal Canadiens, which is enough for coach Ralph Krueger and general manager Jason Botterill.

“At the moment, we’re just going to stay with the group we have,” Krueger said inside KeyBank Center. “We all know it’s a quick turnaround. We feel comfortable, even if something did happen in the afternoon, going seven (defensemen) and 11 (forwards) would be fine for today and then we’d reaccess.

“Jason and I are speaking about it, but we’d like the group in Rochester to get ready for the weekend.”

Meanwhile, Krueger said Rodrigues will play on the power play.

“We have a long season ahead and there’s always going to be somebody in that position,” Krueger said of a spare forward. “It happened to be him, but he’s ready to go tonight.”