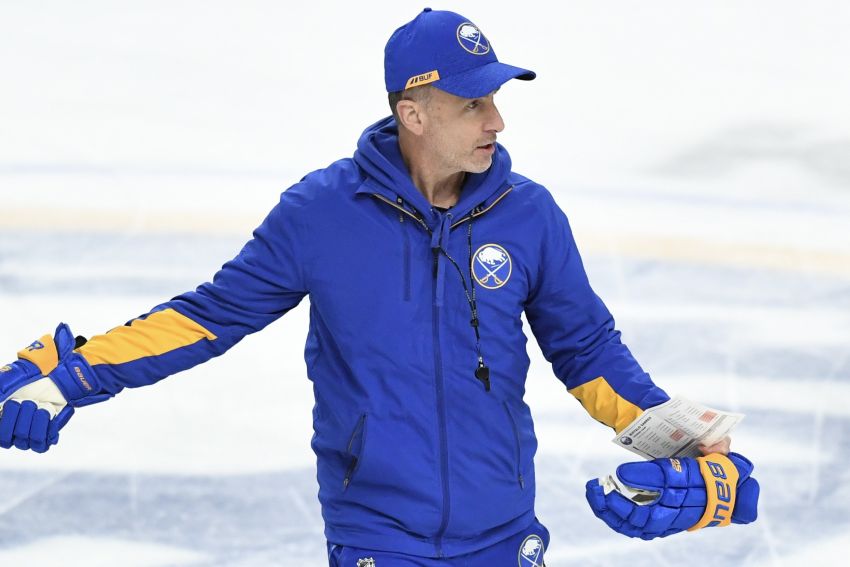 Buffalo Sabres coach Don Granato has left the NHL’s COVID-19 protocol and will be behind the bench for this afternoon’s road game against the Boston Bruins.

In addition, wingers Vinnie Hinostroza and Jeff Skinner will return to the lineup after leaving protocol Friday and practicing.

“I’ve said that the symptoms I had the morning and last day I took the vaccine was much more severe than what I experienced through this,” Granato said on a Zoom call this morning from TD Garden. “I basically didn’t feel much. I was just maybe a little lethargic maybe for a day and then ready to go. So I’m pretty excited to be back and extremely excited to bring forward I feel very, very sure the vaccination did its work for me.”

With Skinner and Hinostroza back, the Sabres this afternoon sent forwards JJ Peterka and Arttu Ruotsalainen back to the Rochester Americans. The team also reassigned forward Brandon Biro and defenseman Oskari Laaksonen from the taxi squad to the Amerks.

Check back later for more on Granato.