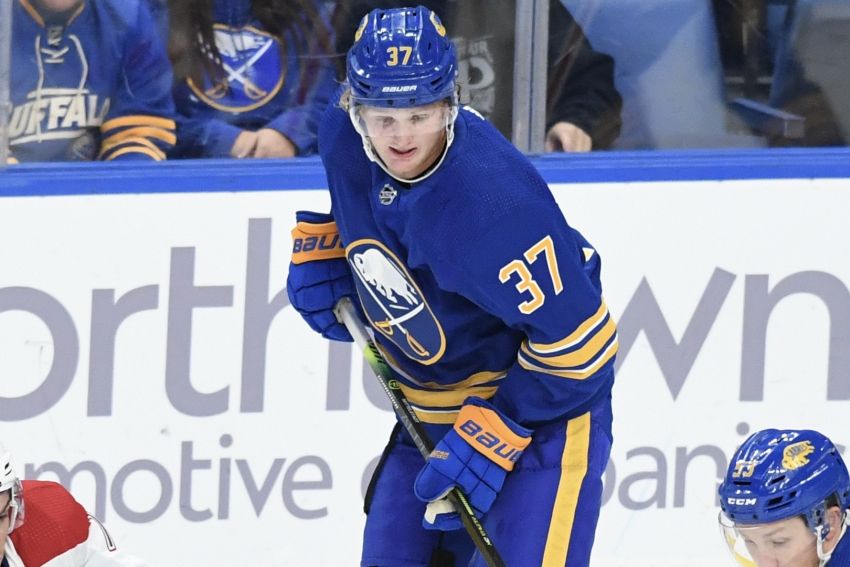 Mittelstadt, out the last five games, has been practicing and doing extra work following the sessions with assistant coach Matt Ellis.

“He survived Matt Ellis’ workouts and physical battles,” Granato joked following today’s practice at LECOM Harborcenter. “No, but he looks good. He recovered well from a couple of really difficult challenging workouts, and I think he’s in a great place.”

After undergoing surgery in early December, the injury forced Mittelstadt, 23, to leave the lineup Jan. 30 in just his third game back. Two upper-body injuries this season have limited him to just seven appearances.

Mittelstadt centered Rasmus Asplund and Kyle Okposo during this morning’s practice. With Mittelstadt back, Mark Jankowski will likely be scratched.

The Sabres also play a road game Sunday against the Columbus Blue Jackets. Granato said he’s optimistic Mittelstadt, who couldn’t get through the second game of a back-to-back in his last outing, can play in Columbus.

“But we’ll wait for after the game (Saturday) and see how he does,” he said.

In other news, Granato said his goalies, Craig Anderson and Dustin Tokarski, could split this weekend’s games. He said the Sabres are leaning toward starting Tokarski on Saturday at KeyBank Center.