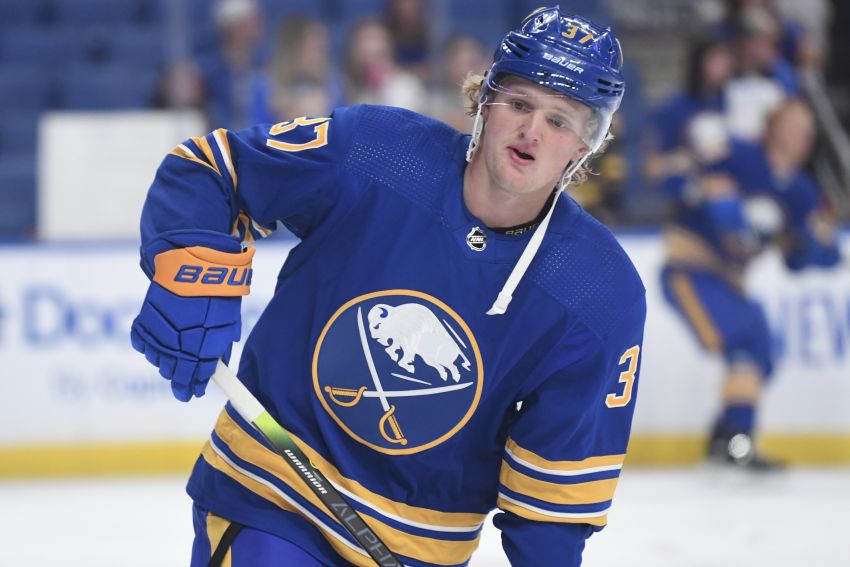 Casey Mittselstadt has been going through hard practices. ©2022, Micheline Veluvolu

BUFFALO – Understandably, Casey Mittelstadt wants to play right now. Having missed 41 of the Sabres’ 48 games this season, the center is likely running out of patience.

“We’re trying to calm him down a little bit,” Adams said this morning inside KeyBank Center.

While Mittelstadt, 23, won’t face the Senators, Adams said he could play this weekend. The Sabres host the Colorado Avalanche on Saturday afternoon before playing a road game against the Columbus Blue Jackets on Sunday.

After undergoing surgery in early December, Mittelstadt returned in late January and played just three games. He wasn’t moving the way he liked, so he left the lineup again.

Following this morning’s pregame skate, Mittelstadt stayed on the ice for extra work. On Wednesday, he skated on a line instead of rotating in and went through battle drills with assistant coach Matt Ellis following the session.

“He responded well, both on the ice and today,” Adams said. “So possibly the weekend.”

If Mittelstadt returns Saturday, the Sabres don’t know if he could play Sunday. He left the lineup Jan. 30 in Colorado, the second game of a back-to-back.

“He’s such a competitive kid, what I told him is we’re trying to set him up for success, and not you’re gonna play three out of four,” Adams said. “We want to let him just roll. But should we let him play right away back-to-back? Or does he play one of the two on the weekend? And then he gets into his regular routine? That’s kind of what we’re still working through.”

Sabres coach Don Granato said Mittelstadt “looked really good” after being put through a skate Wednesday that was more taxing than a game.

“Push it to a max where, beyond his conditioning, you’re challenging any little slight thing that may still remain from rehab or injury,” he said. “There’s been nothing there but positive signs of being able to plow right through it. So I personally have reached a pretty good comfort level with him based on this morning and what he went through yesterday.”

Mittelstadt also suffered an upper-body injury Oct. 14, opening night, and did not play again until Dec. 2.