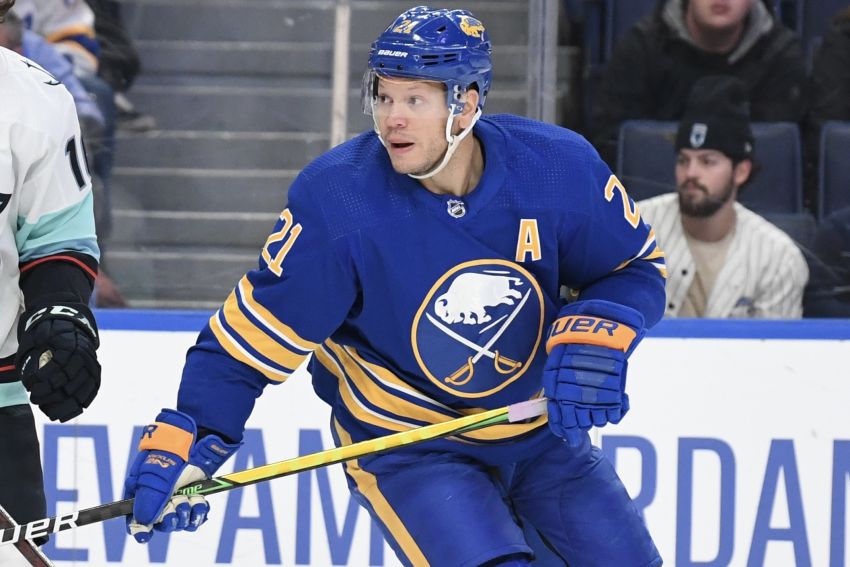 BUFFALO – Sabres forwards Casey Mittelstadt and Zemgus Girgensons practiced this morning and will likely return for Tuesday’s road game against the Ottawa Senators.

“Zemgus is back, full, and so is Mittsy,” Sabres coach Don Granato said following the session.

Mittelstadt, out with an upper-body injury the last 16 games, centered Peyton Krebs and Anders Bjork during the practice inside LECOM Harborcenter. Meanwhile, Girgensons, out the last five games with a lower-body injury, skated at left wing beside center Cody Eakin and John Hayden.

In other news, winger Kyle Okposo, out since suffering an upper-body injury in last Tuesday’s 3-1 win in Ottawa, also practiced today. Granato said Okposo will not accompany the Sabres on the trip.

“He looked good in practice and is feeling better every day so I would expect him within that next game or two, so he’s close,” Granato said.

Defenseman Will Butcher, out with an upper-body injury Saturday, practiced as an extra. Granato said Butcher’s injury forces him to tolerate pain.

“Looked like he moved fine, which is good news,” he said. “I’ll find out more on him but he’s, I would say, very close as well, if not ready to go.”

With Mittelstadt and Girgensons back, Mark Jankowski, who subbed in Tuch’s spot at right wing beside center Tage Thompson and Jeff Skinner, and Brett Murray were the Sabres’ extra forwards.

Update: The Sabres this afternoon sent Murray back to the Rochester Americans.