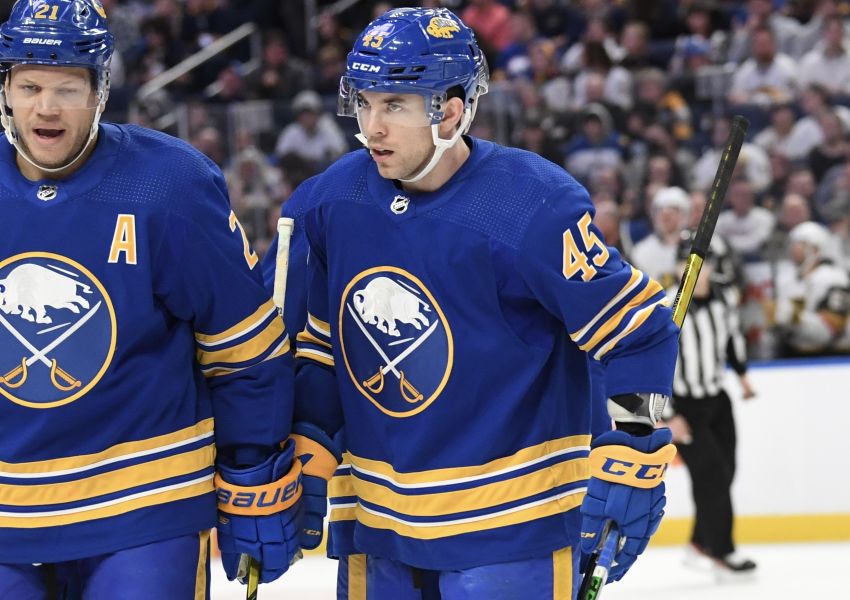 Fitzgerald, however, won’t play in Wednesday’s game against the Pittsburgh Penguins at KeyBank Center.

Right now, the Sabres have a surfeit of defensemen, so coach Don Granato won’t rush Fitzgerald, 25, back into the lineup. Fitzgerald, who has missed the last four games, practiced Tuesday beside Will Butcher.

“We’re going to have to healthy scratch guys because of numbers now after the (trade) deadline,” Granato said following Tuesday’s practice. “That’s just going to be part of it. It’s not going to be a punishment to a guy; guys are going to be scratched that we want in the lineup. You can only dress 20.

“But for Fitzy, all signs look good. But I won’t put him in there tomorrow. After that, we’ll see what we feel like.”

In other news, Granato said goalie Craig Anderson will start against the Penguins, his second straight nod.