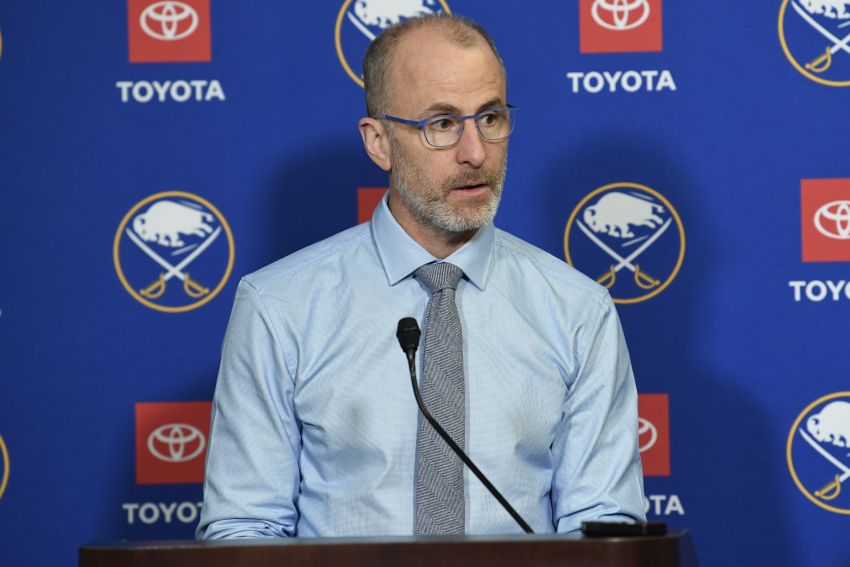 Don Granato says the Sabres are a team now that trades won’t be made the rest of the season. ©2022, Micheline Veluvolu

All the speculation about who’s potentially coming or going ended Monday afternoon, and for the final six weeks this season, Granato has his team.

“Before the deadline, you talk about, ‘Hey, this is our team and we’re a team and play as a team,’” Granato said following Tuesday’s practice at KeyBank Center. “And let’s face it, in professional sports, any guy can be traded at any minute. Then as you approach the deadline, story after story about who it is, all the different scenarios of four or five guys in that locker room or maybe more.

“Now today, we officially are a team, there’s nobody leaving from that room and there is a real silver lining to that, not only for the coaches but for the players in the whole group. You officially are a team, and now is a time that you can put your stamp on what this team is and wants to be and could become through the course of the next 19 games. That is the challenge we have to embrace.”

Granato has often spoken about how close the Sabres have become, and he believes defenseman Rasmus Dahlin’s speedy return to Tuesday’s practice after taking an elbow to the nose proves that.

“I know our guys have a care for each other, they have a love of coming to the rink and playing,” he said. “I mean, Dahls took a shot elbow to the nose and he couldn’t wait to get back on the ice. He runs off the ice bloody and he comes back on the ice 10 minutes later with a smile on his face and the guys are giving him a hard time, and he’s not upset with the guy that got him with an elbow. He says, ‘Let’s go play.’”

For Granato, the warmer weather and busy schedule gives this time of year a playoff feel.

Tonight’s home game against Pittsburgh Penguins kicks off a dizzying stretch of 15 games in 26 days. They don’t have more than one day off until a three-day break April 18 to 20.

“The weather’s changing to the point where it begins to feel like playoff time,” Granato said. “And then we have a playoff-type schedule, every other day. And we looked at 12 of our next 13 games, it looked like teams that are in the playoffs, that need more points to stay in the playoffs or better their situation or keep their situation where it is if it’s good. So we’re playing competitive teams in a situation where they have to compete.”