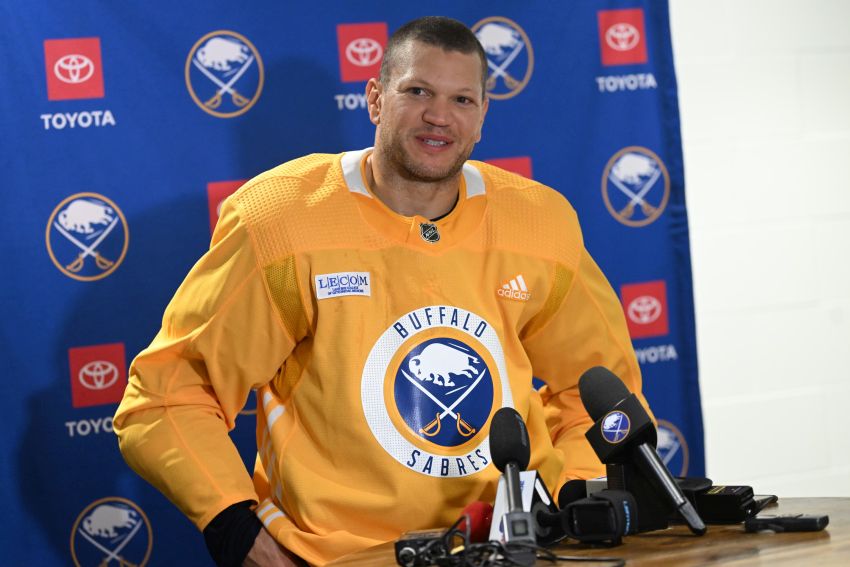 “He won’t be denied,” Don Granato said following the session at LECOM Harborcenter. “… Evident by the way he competes in practice, he’s ready to go.”

The Sabres open the season Thursday against the Ottawa Senators at KeyBank Center.

Okposo returned to practice Monday in a non-contact role.

Subban, 28, was injured in Sunday’s 5-1 preseason loss to the Utica Comets.