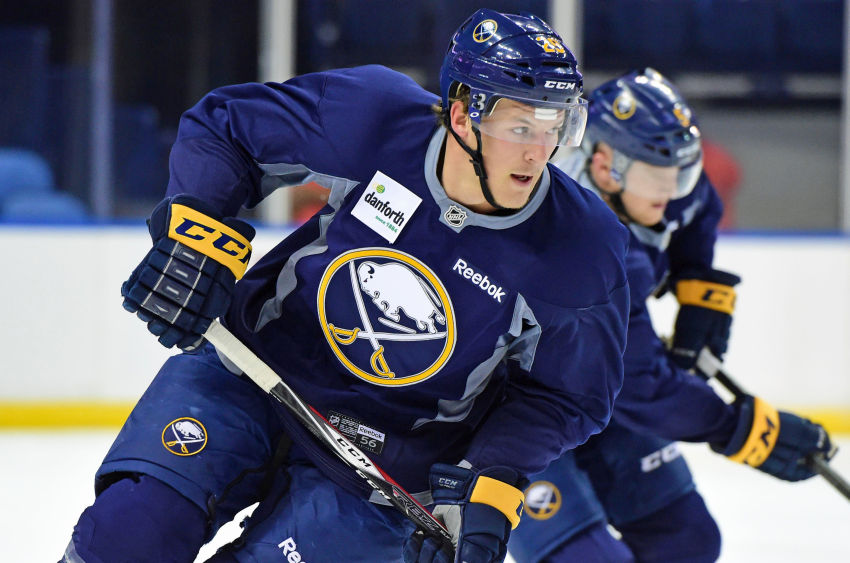 While the rookie stayed off the ice today inside the First Niagara Center, coach Dan Bylsma said the 18-year-old should be fine. The Sabres also got one of their six injured defensemen, Jake McCabe, back today. McCabe (upper body) is ready to play, Bylsma said.

The Sabres will field a lineup filled with AHL players Thursday in St. Paul, their second trip to Minnesota this season. Bylsma said the Sabres had trouble getting to the eight-veteran minimum. He mentioned rookie center Jack Eichel, as a first-round pick, counts as a veteran, although he wouldn’t reveal if he would play.

It sounds like Eichel will play in Friday’s preseason finale here against Columbus, a game Bylsma wants to use as a regular-season tune-up with a full lineup. He doesn’t want players dressing for three straight games.

Meanwhile, center Ryan O’Reilly, who has a court date Thursday in Ontario for his July impaired driving charge, won’t play against the Wild. O’Reilly said he doesn’t know if he has to appear in court and plans to talk to his attorney later today.