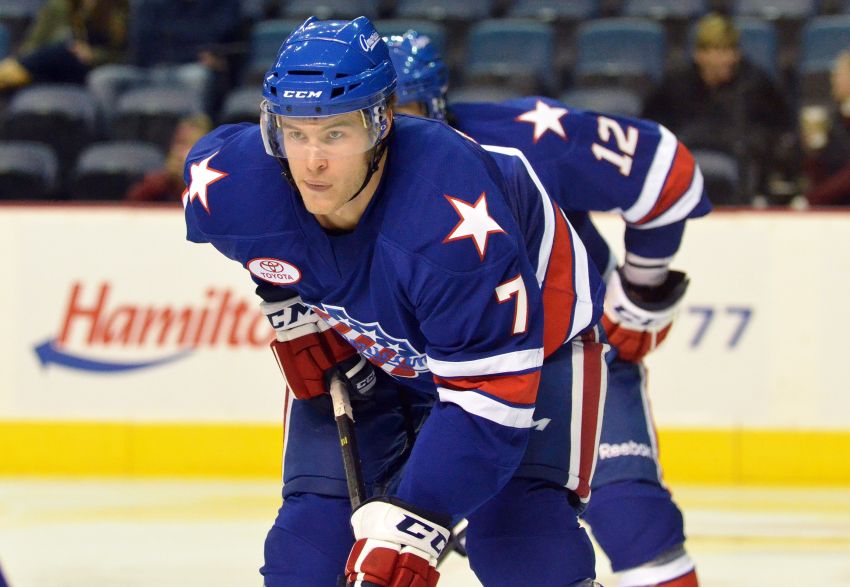 “It’s like a flat tire,” the interim Sabres coach said this morning, “if you don’t change it, you ain’t going nowhere.”

Sabres defenseman Brayden McNabb’s great attitude about his one-day assignment to Rochester helped the 22-year-old compile one goal and three points in the Americans’ 6-1 win against the Utica Comets, Nolan said.

Still, McNabb, who was summoned following the game, will sit his third straight game tonight against the New York Rangers inside the First Niagara Center.

Nolan had said McNabb would only sit once, but the Sabres fielded the same lineup again Saturday following their 3-2 overtime win against Toronto.