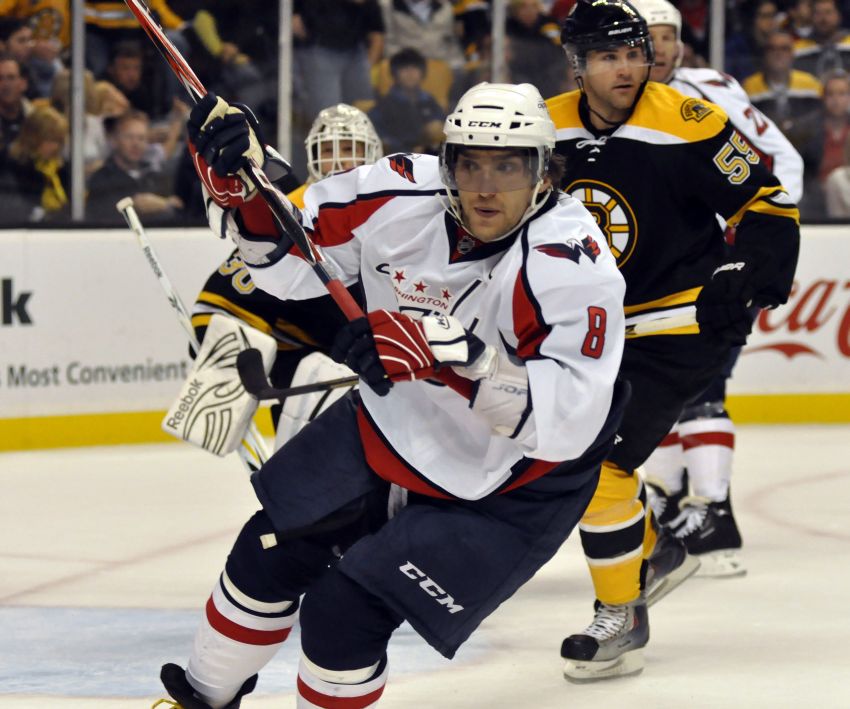 BUFFALO – In reality, it’s a single game for the Sabres, one of 82 regular-season contests. Tonight’s anticipated eight-versus-nine tilt in Washington is potentially worth two points for them, just like any other game.

If the Sabres win, break their tie with the Capitals (84 points) and move into eighth place, they could quickly lose the Eastern Conference’s final playoff spot again. Don’t forget, they stayed there less than a day after grabbing it Saturday.

Should they fall a point or two behind the Capitals, there are still five games left to make up the ground.

It’s not quite a do-or-die matchup. Boy, it sure feels like one, though.

The Capitals hold the tiebreaker, so the Sabres must finish with more points.

“It’s a huge game,” Sabres defenseman Robyn Regehr said Monday inside the First Niagara Center. “To say it’s a big game is an understatement. It’s the biggest game we’ve faced all year. We just have to make sure we’re playing the way we have been. You don’t want to get yourself too worked up.”

The Sabres, winners of four straight, are trying not to overhype the game. They’ve lost some big games this month – road contests in Winnipeg, Boston and Florida – and rebounded each time.

“It’s a big game obviously for us,” Sabres coach Lindy Ruff said. “But we’ve got more games left after that. It’s not the end of the world. … I don’t think I have to sell anything. They know where they’re at. They understand where we can get to and how big the two (points) is.”

“We’ve had some challenges in the last few months,” Miller said. “This is just another one. I think that’s how I’m approaching it. I hope that’s how some of the other guys are approaching it because we really shouldn’t do anything different. We got to worry about ourselves.”

Well, they should worry about the Capitals a little.

Like the Sabres, the Capitals underachieved woefully before morphing into the slick team many had expected. They’re 6-2-2 in their last 10.

Mostly notably, Alex Ovechkin, a shell of his former self for almost two seasons, has started performing like a superstar again. The Russian has seven scores during a five-game goal streak and nine over the last seven, as many as he had in the previous 21.

At his best, Ovechkin’s the most lethal offensive threat in the game.

“Like anybody, when you start to get on the score sheet consistently, you start to feel good about your game, there’s some added energy,” Ruff said. “You see that with a lot of offensive players that go through some tough times. As soon as they start scoring it brings new life, and it bring even more life into the team.”

Scoring has also brought some new life to the Sabres. Their current 18-5-5 streak began with Miller tending goal like his old self. They gradually improved in other areas as Miller maintained an elite level.

But the offense was still suspect.

Now, with 33 goals in the last 10 games, including 17 tallies in the past four, the Sabres finally possess the attack many expected.

The scorching trio of Marcus Foligno, Tyler Ennis and Drew Stafford has combined for 15 goals and 32 points in eight games together. Cody Hodgson has three tallies and six points in four games.

“We’re healthier,” he said. “We’ve spent less time playing in our own end. Up ice we’ve been able to get more opportunities. We’ve been able to tilt the table on the chances. … We’ve been doing a better job lately of putting them away, even our odd-numbered rushes.”

With a goal in Saturday’s 3-1 win over Minnesota and five points in four games, struggling sniper Thomas Vanek, who’s been playing with Hodgson and Corey Tropp, has also started producing again.

Clearly, Vanek’s nursing at least one injury and battling through pain. Ruff’s acknowledged it. Teammates have lauded his gutsy efforts.

“It’s fine. I don’t know what they’re talking about,” Vanek said. “But it’s good they have my back. You just stick with it and play.”

Both the Sabres and Capitals, teams on nearly every short list of the NHL’s biggest disappointments, stuck with it and find themselves on a brink of a playoff berth.

“It’s the best time of year,” Sabres captain Jason Pominville said. “It’s what you play for all season. You play to give yourself a chance to win and to compete in the Stanley Cup. … We see an opportunity. We see light at the end of the tunnel. We got to make sure we keep pushing.”

Travis Turnbull, up on emergency recall, would likely be the first player to sit.

The Sabres would likely use one of their four allotted recalls on Foligno, who’s also up on an emergency basis.

Notes: The Capitals will likely start rookie goalie Braden Holtby, who’s spent much of the year Hershey. “Good puck-handler, quick, played really well in Philly (Thursday) and played really well again (Sunday) night,” Ruff said. … Pominville, who went from clearing waivers to being a captain and NHL All-Star, has been named the Sabres’ Masterton Trophy nominee for his dedication to hockey.