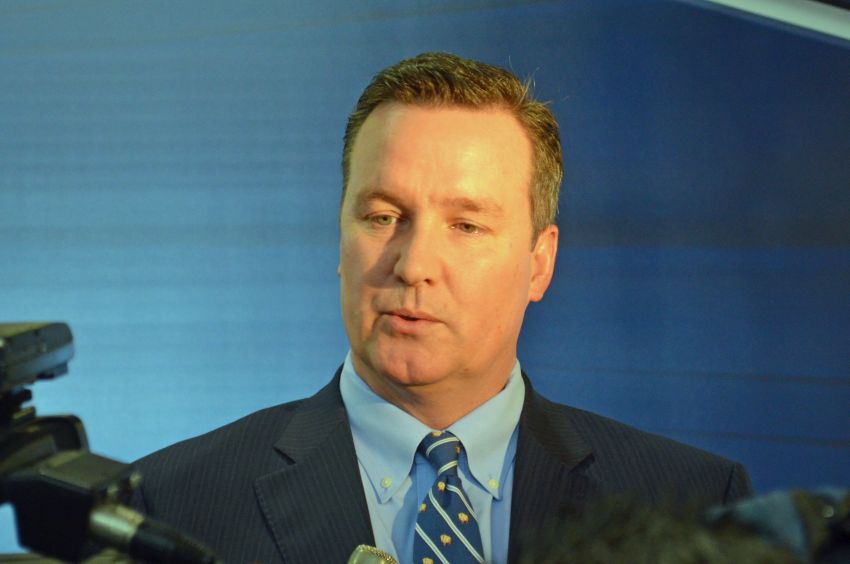 BUFFALO – As Sabres president Ted Black chatted with the media Thursday inside HarborCenter, the buildings and streets outside the team’s new $170 million multi-rink facility bustled with activity on a sunny spring day.

Team officials and prospects in the city for the NHL Scouting Combine were all over, walking from a new hotel, restaurants and the Canalside developments to the First Niagara Center and HarborCenter.

“I’ve only been here four years,” Black said. “When people say, ‘Nothing ever happens in Buffalo,’ I look at them like they’re crazy, because I couldn’t have picked a better four years in terms of the transformation of our city.’”

For many of the estimated 600 people visiting for the combine this week, it was a fresh look at a city quickly changing its reputation from a rustbelt relic.

“A lot of the hockey people who come through here see Buffalo in winter, and Buffalo is beautiful in winter,” Black said. “But to come here and to see our facility here, to have the time over an entire week … I think that’s going to leave a positive impression that people take back to their various cities.”

The Sabres spent two years planning for the combine, an annual event of about 100 draft-eligible prospects. The league awarded them a two-year hosting deal in August, moving it from Mississauga, Ontario, to an NHL facility for the first time.

The equipment for Saturday’s fitness testing has been moved onto the surface of HarborCenter’s main rink, where Black spoke. Teams are using the FNC’s suites for their interviews, saving them the cost of renting a hotel room. Only the medical testing is being done off-site.

The Sabres have eight picks at the draft later this month in Florida, including four of the first 51. They plan to use the No. 2 selection to select mega-prospect Jack Eichel.

Thanks to the combine, a few of the youngsters the Sabres will pick might already have a positive impression of their future NHL home.

“I don’t want to get into the details of that,” Black said. “It was reported Terry sat in on the meeting. From that end, from our perspective, all the meetings have gone very well.”

The Sabres, who pulled out the NHL Prospects Tournament in Traverse City, Mich., earlier this year, plan to find another tournament to play in for “just the short run,” Black said. The Sabres would eventually like to host their own tournament.

“When you have the ability to open up three rinks, I think you can think big down the road,” he said. “For that, that’ll be something we certainly consider (for) 2016 and beyond.”

Black wouldn’t comment on a Rochester Democrat and Chronicle report the Sabres, who also own the AHL Rochester Americans, told the city of Rochester during winter lease negotiations they might move half of the Amerks’ home games to Buffalo starting in 2016-17.

According to the paper, the talks centered more on possible upgrades to the Blue Cross War Memorial, where the Amerks play, than moving games.

Connor McDavid, the best prospect in at least 10 years, is expected to be an NHL star right away next season at just 18 years old. But speaking Thursday at a news conference to promote his new endorsement deal with equipment maker CCM, the future Edmonton Oilers center said, “If I’m fortunate to make the jump next year.”