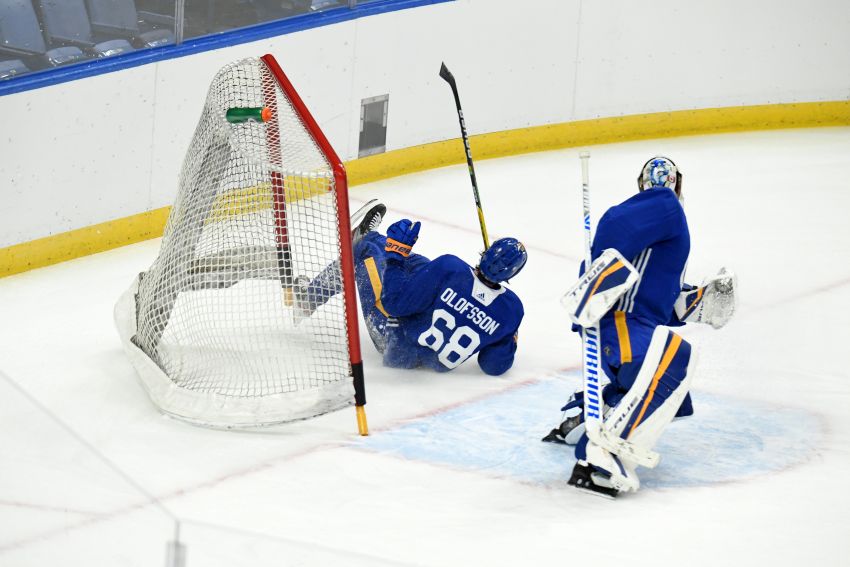 “We do not have an update,” Krueger said on a Zoom call this afternoon.

Olofsson briefly left the KeyBank Center ice favoring his right arm and wrist before returning to practice, according to The Buffalo News’ Mike Harrington. But Olofsson departed for good when the Sabres took a break to watch video.

Update: The Sabres announced Sunday morning that Olofsson has an upper-body injury and is day-to-day.

Riley Sheahan subbed for Olofsson at right wing beside center Casey Mittelstadt and Taylor Hall to close the second day of camp.

Losing Olofsson, 25, to injury for an extended period of time would be significant. The Swede scored 20 goals and 42 points in 54 games as a rookie last season.

In other news, captain Jack Eichel (upper body) and goalie Linus Ullmark (quarantining because of an immigration issue) both missed today’s practice. Krueger said both players are day-to-day. He also expects them to miss Sunday’s session.