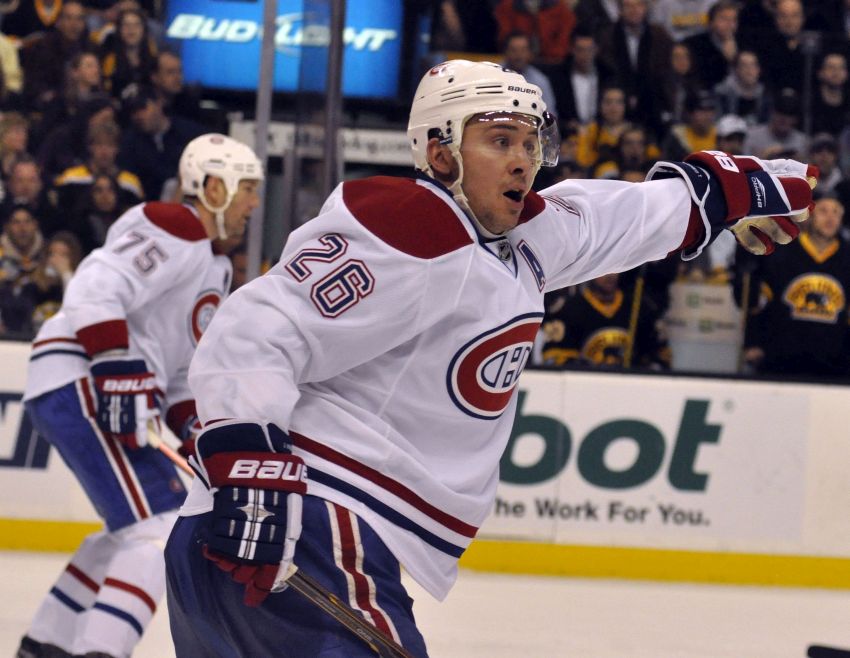 BUFFALO – The Sabres have acquired defenseman Josh Gorges from the Montreal Canadiens for a 2016 second-round pick.

The 29-year-old, a veteran of 560 NHL games, was asked to waive his no-trade clause Sunday to help the Habs create cap space. Gorges was stunned, and he nixed a deal to the Toronto Maple Leafs.

“You’re never ready for it,” Gorges told the Montreal Gazette on Monday. “You’re never expecting it so, yeah, you’re a little bit blown away.”

Gorges is joining a rebuilding Sabres club that started today with only four defensemen under contract. He has 14 goals, 98 points and 249 penalty minutes in his nine-year career.

Update: Here’s Gorges speaking on a conference call this afternoon:

On joining the rebuilding Sabres:

“I want to be a leader on the team with all those good, young players and try to help out any way I can. If guys have questions, even just being a role model with how I compete. That’s what I want to do. But I want to do everything I can do to help that team win.”

“Looking ahead, I wanted to re-evaluate the teams I had on the list. Looking at Buffalo, I’ve always had a lot of respect for Ted Nolan as a head coach. With the new ownership and what they’ve been doing with that team and the direction that they’re heading, I felt like it was a good opportunity to go in there and grow with a good, young team. I just think it’s a good fit for me, for my family and we’re excited about it.”

On leaving Montreal, his team since 2007:

“I’ve made a lot of good relationships with a lot of good people. This has been my home for a number of years. So it is tough when you’re told you’re no longer part of the team moving forward.”

On playing with Brian Gionta, who the Sabres signed today:

“It definitely makes things easier moving forward knowing how good of a friend he’s been to me and the mentor he’s been to me in the last five years playing with him. … It’s a comforting feeling for me and my wife knowing we can go there with people we know.”

Update: I just spoke to Kevin Epp, Gorges’ agent. Here’s what he said about the deal:

On joining a rebuilding club:

“He’s going there to help turn things around.”

On waiving his no-trade clause:

“I think just shock more than anything.”

Gorges, it should be noted, has four years left on his contract.

Stay tuned for much more.