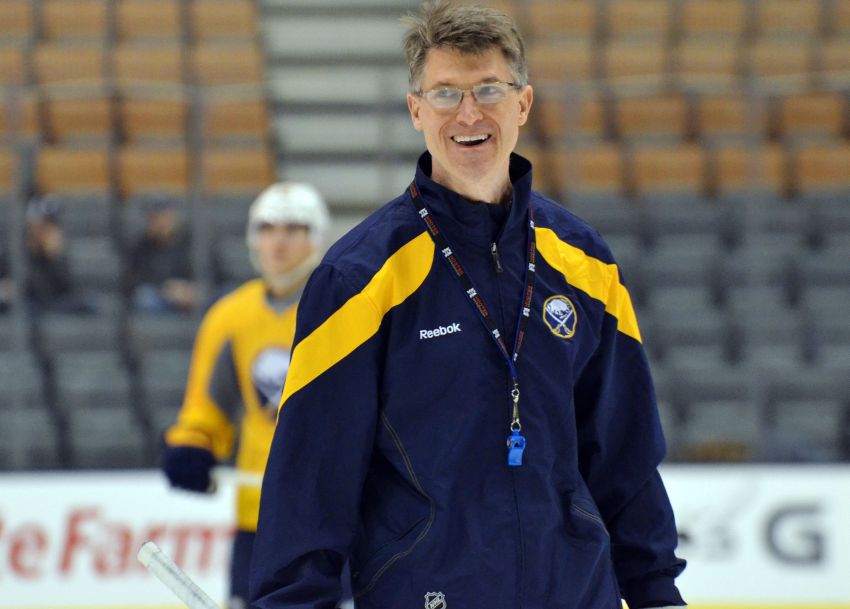 TORONTO – Ron Rolston walked to a podium this afternoon inside the Air Canada Centre, surveyed the landscape before him – about 30 reporters and a dozen cameras – and immediately cracked his first joke as the Buffalo Sabres’ interim coach.

A day ago, Rolston was preparing his Rochester Americans for an AHL tilt against the Texas Stars. Today, he’s in charge of an NHL club that’s playing a must-win game against the Maple Leafs in the self-proclaimed “Center of the Hockey Universe.”

“From what I saw, it was more there were just a lot of shortcuts … a lot of rest in shifts,” Rolston said after leading his first on-ice workout as coach. “The things that you just have to eliminate if you’re going to be a good hockey team.”

When Rolston’s phone rang a little after 3 p.m. Wednesday, he thought Regier was calling about center Kevin Porter.

In other news, Porter will play tonight. He joined the team’s skate right at noon when forward Cody McCormick cleared waivers. The likable veteran will go to Rochester.