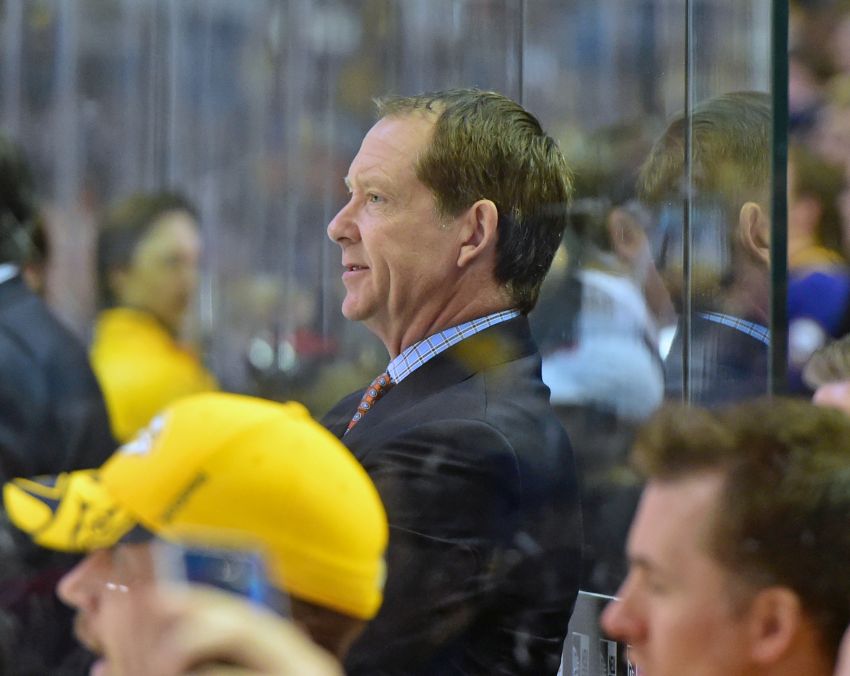 BUFFALO – The Sabres are close to hiring Hall of Fame defenseman Phil Housley as their next head coach, according to multiple reports.

Update: The Sabres have officially hired Housley. He will be introduced at 4 p.m.

Housley, an assistant with the Predators, met with the Sabres on Monday in Nashville and could be in Buffalo today, according to TSN’s Darren Dreger. He tweeted the team wants to have a new coach by next Monday.

Meanwhile, Sportnet’s Elliotte Friedman tweeted, “All signs point to Phil Housley being next head coach of the Buffalo Sabres. Question is how soon it will happen.”

The Sabres, who fired coach Dan Bylsma on April 20, had to wait to interview Housley until after the Pittsburgh Penguins eliminated the Predators from the Stanley Cup final.

New Sabres general manager Jason Botterill was in Nashville on Sunday celebrating a championship with the Penguins, the team he left to join the Sabres last month.

Housley, 53, amassed 338 goals and 1,232 points in 1,495 games over a 21-year career. He is regarded as one of the greatest offensive defensemen in NHL history. He played his first eight seasons with the Sabres after they selected him sixth overall in 1982.