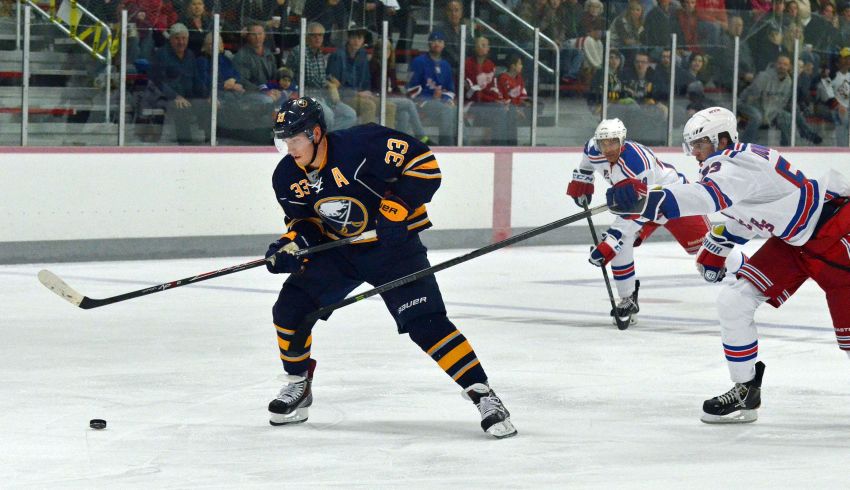 So far, the Sabres are 0-2 in the NHL Prospects Tournament in Traverse City, Mich., with just two goals scored. They’ve had some chances, though.

Our Dan Hickling captured 2011 first-round selection Joel Armia roaring in on a breakaway in Saturday’s 2-1 overtime loss to the New York Rangers. The winger, who’s likely ticketed for Rochester in a few weeks, was stopped.

The Sabres have today off before playing the Dallas Stars on Monday.