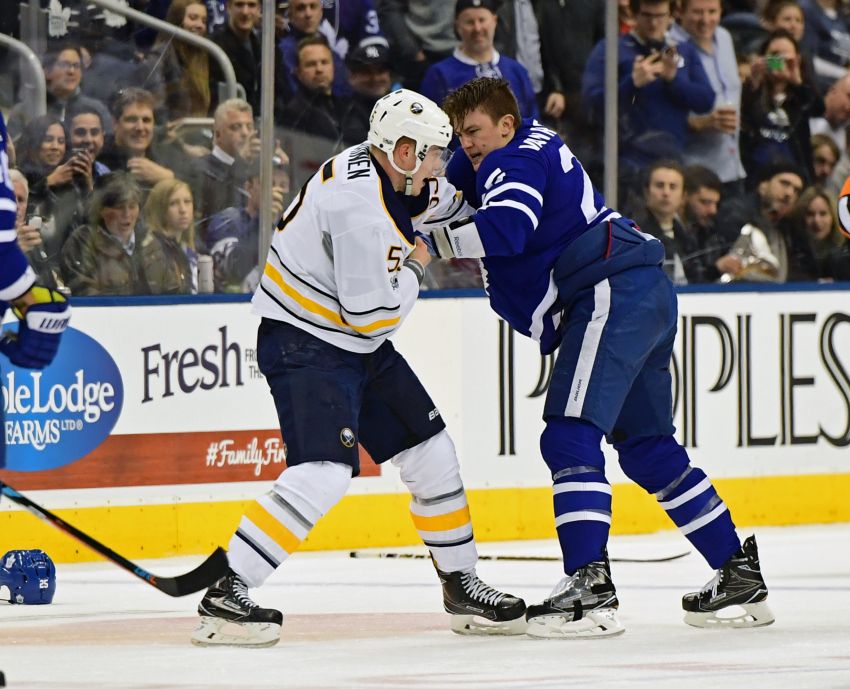 But in the end, the Sabres will be without their No. 1 defenseman and arguably best player for the next three games, starting with tonight’s home tilt against the Toronto Maple Leafs.

So for the next eight days – Ristolainen is eligible to return April 2 against the New York Islanders – he can only practice.

Bylsma said: “You’re missing a 27-minute-a-night guy who’s in every situation for you. That’s one you can’t replace.”

Good teams always seem to get more breaks. It’s very possible if the Sabres were in the playoff hunt or a perennial contender, Ristolainen’s suspension would’ve been much lighter.

That feeling the other side receives more breaks has probably been around forever.

The Sabres also need to recall a defenseman.

The Buffalo chapter of the Professional Hockey Writers’ Association has nominated Sabres captain Brian Gionta for the Masterton Trophy, an annual award that recognizes “perseverance, sportsmanship and dedication to hockey.”

The Rochester Americans have signed three players, including goalie Jonas Johansson, the 61st pick by the Sabres in 2014, to amateur tryouts.