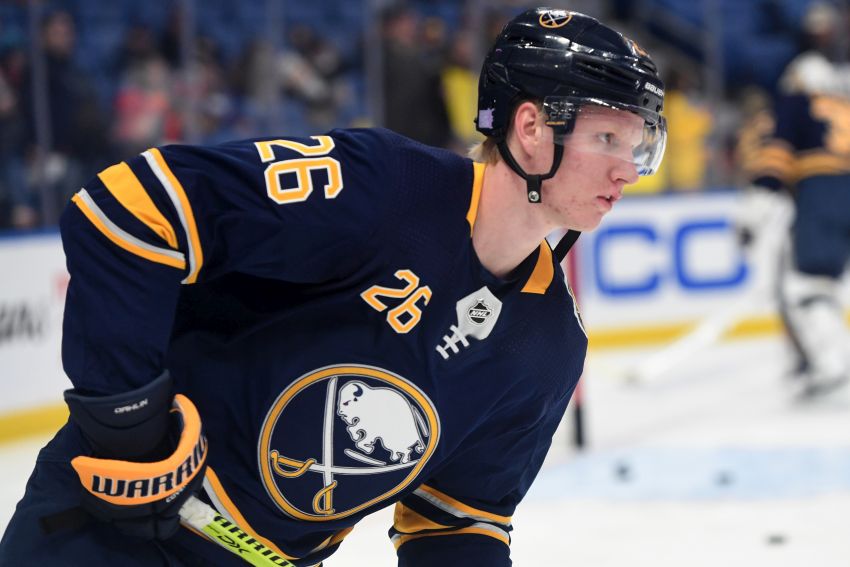 BUFFALO – Sabres defenseman Rasmus Dahlin was so excited to practice with his teammates today he said he woke up at 6:30 this morning.

“I was nervous, it felt like Christmas,” said an upbeat Dahlin, who has missed the last seven games after suffering a concussion Nov. 25. “Good to be back. I was really happy to skate with the boys today.”

Dahlin, 19, hasn’t played since Tampa Bay Lighting defenseman Erik Cernak elbowed him in the face. Sitting out has been a new experience for Dahlin, who had never missed an NHL game prior to the hit. He has never been sidelined so long.

“He hasn’t passed the necessary tests yet, so he’s non-contact in practice right now, so as it is with these type of injuries it’s day-to-day still,” he said. “At least it’s good to see him with the group today.”

In lineup news, fresh off Sunday’s 3-2 overtime win against the Edmonton Oilers, the Sabres will make two changes against the Stanley Cup champions.

“We’re going to make the final call on the lineup tonight,” Krueger said.

Mittelstadt, who had been playing wing, centered Jeff Skinner and Evan Rodrigues this morning.

Goalie Linus Ullmark will start, his ninth nod in the last 12 games.