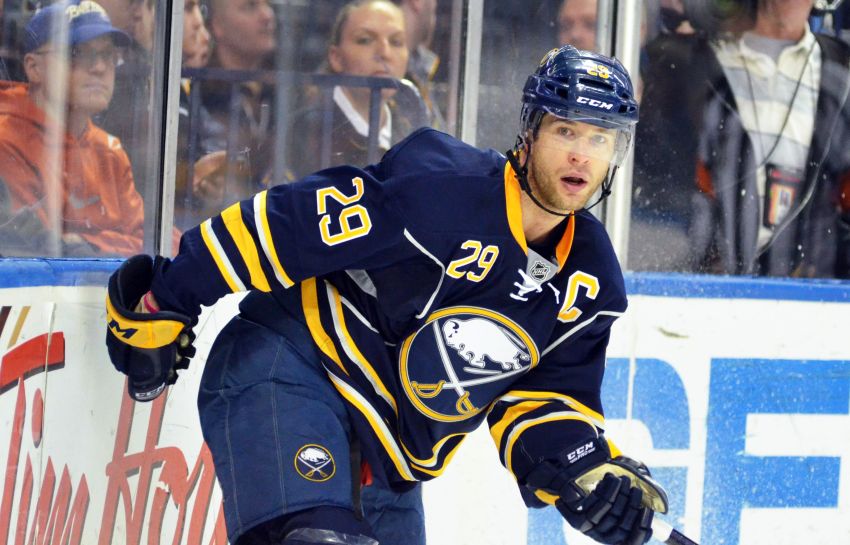 PITTSBURGH – Following the Buffalo Sabres’ morning skate, captain Jason Pominville politely declined to say whether he has given general manager Darcy Regier a list of eight teams he wouldn’t like to be traded.

“I don’t want to answer by yes or no, but what I can say is Darcy has a job to do, and for him to be able to that in my case, in guys that have these kind of lists, for him to be able to listen, he needs to know,” Pominville said early this afternoon inside Consol Energy Center. “I think it’s just part of the process. I mean, he said it a while ago that he was going to listen on anyone, so I think it shouldn’t be a surprise to anyone that this came out.”

The 30-year-old said he’s “absolutely not” offended by the speculation, which will keep growing until the deadline hits at 3 p.m. Wednesday.

Pominville has played 577 games with the Sabres. Could tonight’s tilt against the Penguins, winners of 15 straight, be his last appearance with Buffalo?

“I just want to win a game and try to end their streak,” he said. “Obviously, they’ve been playing really well. But it could be. But at the same time, I’m not worried on that.”

The Sabres skated this morning without veteran defenseman Robyn Regehr, who was dealt to the Los Angeles Kings on Monday night for two second-round picks.

“Obviously, Robyn’s a big part of the team,” Pominville said. “He plays a lot of minutes. He’s a beast to play against. I mean, he was a great teammate, a great leader on this team. It was really tough to see him go.

“But at the same time, I think he understood the process as well, understood the business part of it. It was nice to be able to see him and wish him all the best.”

With wingers Ville Leino and Thomas Vanek out (muscle strains), Luke Adam will play his first NHL game since Feb. 8, 2012.

“Feel better,” Vanek said after skating, “but still not there.”