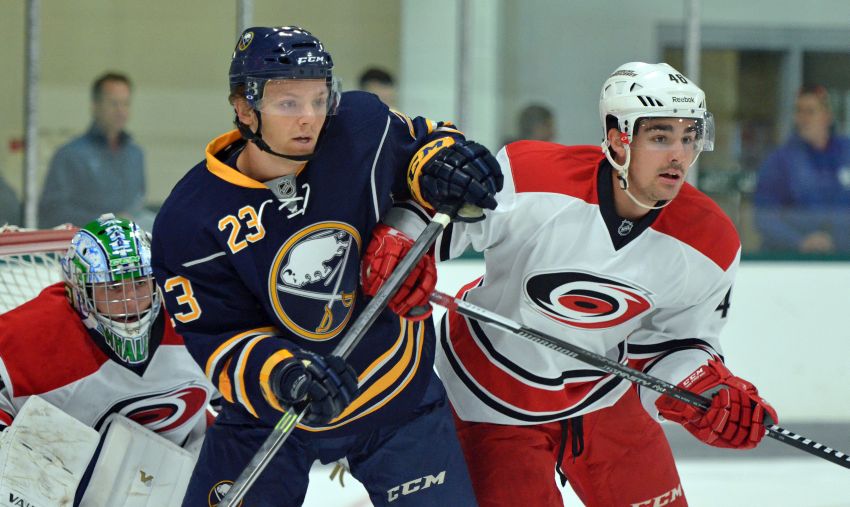 The No. 2 overall pick in June was held scoreless in the Sabres’ 6-1 loss to the Carolina Hurricanes. Vaclav Karabacek, a 2014 second-rounder, scored Buffalo’s lone goal.

The Sabres play the New York Rangers on Saturday.