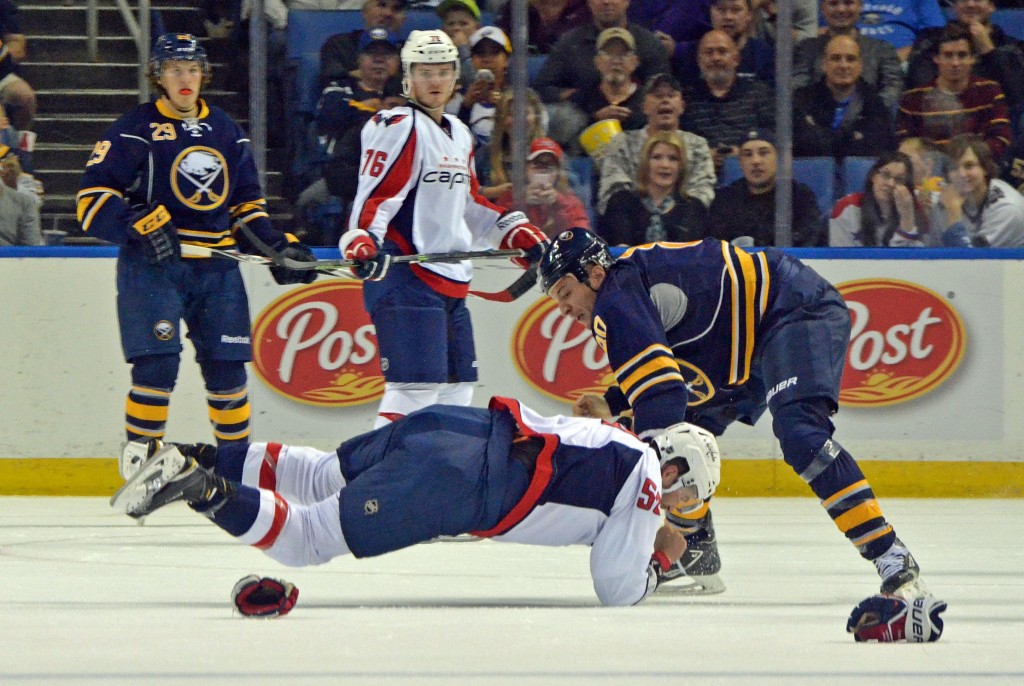 “It meant a lot, and obviously he’s a good team guy to stick up for anybody on this team,” Foligno said this afternoon inside the First Niagara Center. “Just goes to show you the type of player he is. So it’s great to have a guy like that on your team.”

Naturally, Foligno didn’t want to test his shoulder, especially against an unfamiliar opponent.