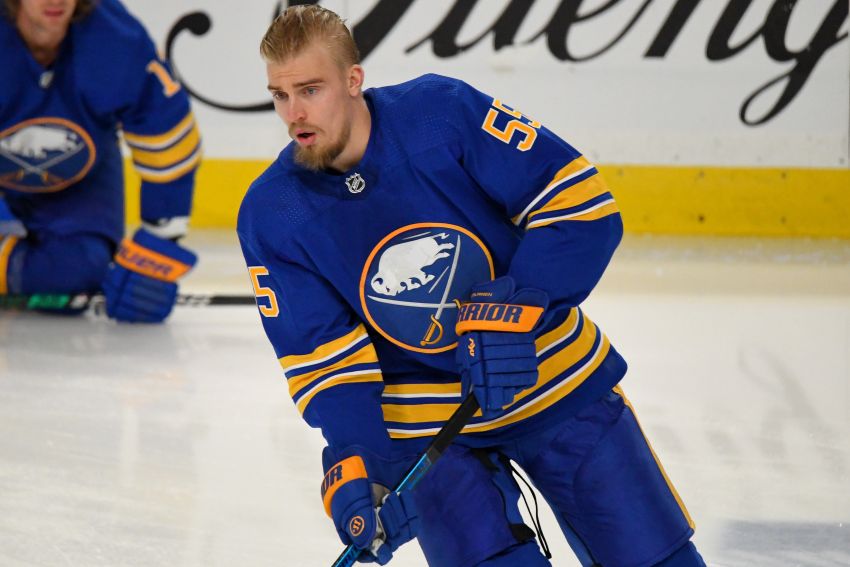 There had been speculation Buffalo would expose Rasmus Ristolainen to Seattle. ©2021, Micheline Veluvolu

Sorry, Ron Francis, you won’t get a chance to snatch Rasmus Ristolainen for your Seattle Kraken defense corps. The Buffalo Sabres protected the Finn for Wednesday’s NHL Expansion Draft.

But if Francis, Seattle’s general manager, wants to grab a defenseman from the Sabres, he can take Will Borgen or Colin Miller, both of whom were left unprotected.

The Sabres’ 11-man protected list the NHL released Sunday morning features zero surprises. There had been speculation the Sabres could make the frustrated Ristolainen, who has one year left on his contract, available to Seattle. Ristolainen acknowledged following last season he would be open to a trade.

Borgen, 24, might be the most attractive name to the Kraken. The American played 10 NHL games last year and likely would’ve enjoyed regular duty if he hadn’t broken his forearm.

Meanwhile, Miller, 28, enjoyed a successful two-year run with the Vegas Golden Knights after they selected him in the 2017 expansion draft. While Miller has struggled in Buffalo, he was a key player during Vegas’ stunning run to the 2018 Stanley Cup final.

The Kraken will draft one player from every NHL team expect the Golden Knights, who are exempt.

An NHL roster freeze went into effect Saturday. The Kraken now have an exclusive window before Wednesday’s draft to interview and sign players left unprotected.