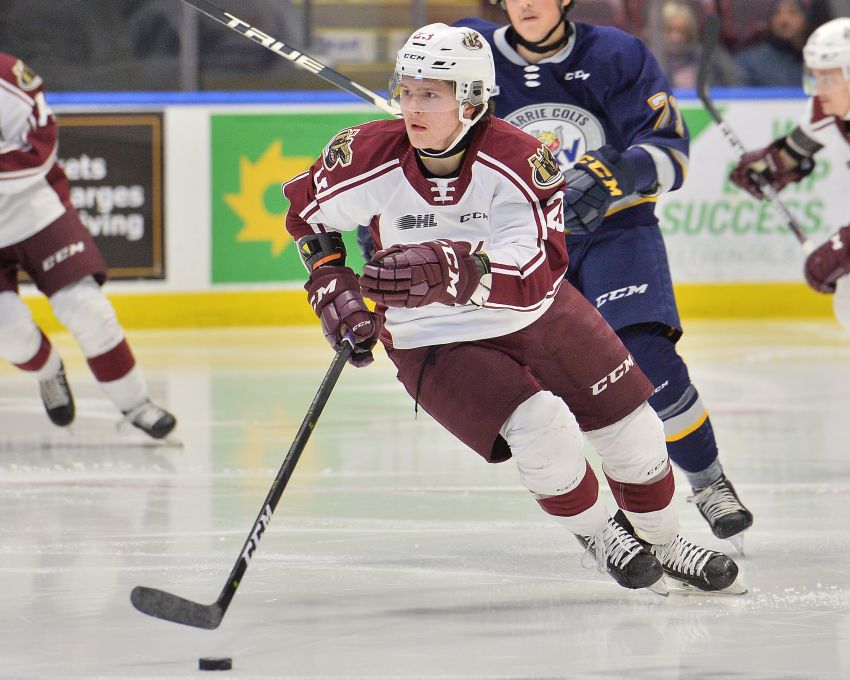 Last November, Mason McTavish started pursuing a temporary gig playing overseas. With the Ontario Hockey League season paused because of the COVID-19 pandemic, the NHL Draft prospect needed to shake off the rust and showcase his talents.

Later that month, McTavish, a star center for the Peterborough Petes, thought he would be flying to Switzerland to play for Olten EHC. He was in Pierre Elliott Trudeau International Airport in Montreal ready to leave when he receive some bad news.

“They wouldn’t let me into the country since I was only 17 and I needed a work visa,” McTavish said on a Zoom call July 6.

McTavish wasn’t allowed on the plane and learned he couldn’t leave until he turned 18 on Jan. 30.

“Got my work visa, and then the next day I flew out,” said McTavish, who ranked second on NHL Central Scouting’s final list of North American skaters for the 2021 draft. “So, yeah … I was super fortunate to kind of get on a plane.”

McTavish, who was born in Switzerland, knows the country well, having lived there during his father Dale’s playing career. Despite not having played a game in nearly a year, McTavish starred for Olten, a second-tier team, recording 11 goals and 18 points in 17 total games.

“He’s been champing at the bit,” Petes coach Rob Wilson said of McTavish’s long wait. “It probably made him more hungry.”

The OHL season was canceled, so McTavish only played 24 games last season.

The Sabres, who own the first overall pick Friday, are expected to select Michigan defenseman Owen Power. But the 6-foot-1, 207-pound McTavish could be an enticing choice for them if they acquire another high pick by trading captain Jack Eichel, center Sam Reinhart or defenseman Rasmus Ristolainen.

The first time Wilson watched McTavish play he said he knew he was destined to play in the NHL.

“Hockey is foremost on his mind and he’s got a man’s body at a young age,” Wilson said.

McTavish often utilizes his big frame down low, displaying the talents of an elite power forward. As an OHL rookie in 2019-20, he scored 29 goals and 42 points in 57 games.

“He’s built really strong on the puck,” Wilson said. “He’s got an NHL shot. He’s actually got very good hands and good vision so he can make plays, and he can just grind it out down low, he can spend time at the front of the net, be hard to move.