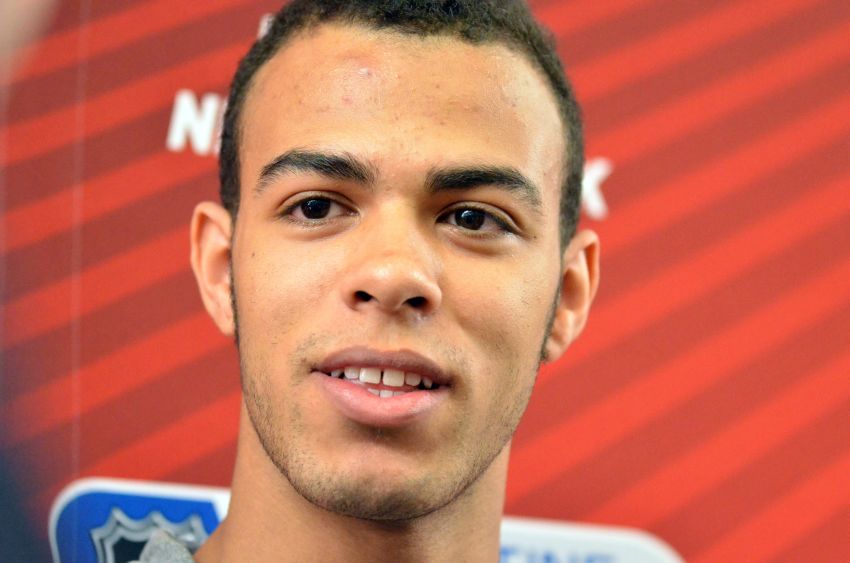 But Nurse, the No. 4 prospect among North American skaters for Sunday’s NHL Entry Draft, attended one camp before his parents ended any gridiron dreams.

“I think I had the wind knocked out of me the second day and I finished the week at the camp,” Nurse, a star with the Ontario Hockey League’s Sault Ste. Marie Greyhounds, said earlier this month at the NHL Scouting Combine. “But that’s enough.”

His parents made a wise decision. Their son, who draws comparisons to the legendary Chris Pronger, could be a top-five pick. He likely won’t last until the Buffalo Sabres’ first pick at No. 8.

Nurse, whose father, Richard, was a wide receiver at Canisius College and in the Canadian Football League, doesn’t wonder what playing football would’ve been like. Hockey quickly became his passion.

“I’m happy with where this has gone and the experiences that I’ve had here,” said Nurse, who grew up in Hamilton, Ont., about 70 minutes from Buffalo. “I mean, playing hockey has shown me the world, really. I’ve put a lot of time into it, and it’s something I’ll never regret.”

Nurse, who’s 185 pounds, on his style: “The main part of my game so far has been my own zone, being someone who’s hard to play against. That won’t change. At the next level, that’s going to be my role.”

NHL Central Scouting’s Chris Edwards on the Pronger comparisons: “When Chris (Pronger) was in Peterborough, I could see Chris maybe had a little more puck skill with him, and that’s certainly not a shot at Darnell. I’ve seen him fight several times and handle himself very well against older OHL guys. I don’t want to (say) he’s out there looking for trouble. But he backs himself up. He backs up his teammates. He wins battles. He’s a real good heady defenseman that can move the puck quickly and accurately.”

Nurse on the Pronger comparisons: “To say that, I mean, I hope I have parts of his game. He was nasty, and I have a lot to show. I’ve done some things that people try to compare. He’s a Hall of Fame defenseman. I’m never going to put myself in the same sentence as him until I can do something remotely near what he’s done.”

Nurse, who has trained with McNabb, on his uncle’s influence: “I got to see all the things that he went through – the media, the interviews. I think he’s been a perfect outlet for me. Obviously, he went through all this. He played 13 years in the league. You never really hear anything bad about him. For me, it’s taking advice from him, how hard to work. I’m here to do interviews, but I should be in the gym working out.”