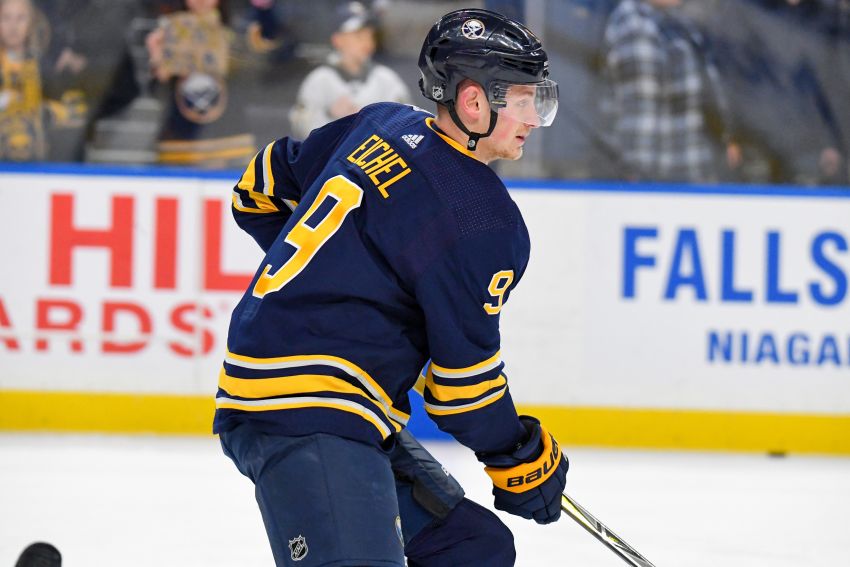 Jack Eichel has played at an MVP level this season. ©2019, Micheline Veluvolu

BUFFALO – Sabres captain Jack Eichel’s selection to the NHL All-Star Game, of course, was a no-brainer.

The slick center has already scored 24 goals, just four off his career high, and 52 points in 39 games. He’s tied for third in NHL goal scoring and is seventh in points entering tonight’s game against the Tampa Bay Lightning.

Halfway through the season, Eichel, having evolved into a stronger defensive player, is a legitimate MVP candidate.

“For us, it’s certainly expected,” Sabres coach Ralph Krueger said of Eichel being named to represent the Atlantic Division on Monday for the third straight season. “There’s no question he’s been one of the premier players in both direction, with and without the puck, this season. A leader in so many different ways, and his work ethic, his lead on how we want to get Sabres hockey going.

Eichel was the only Sabre selected for the Jan. 25 game in St. Louis.

Defenseman Rasmus Dahlin, however, can still receive a spot in the game as part of the “Last Men In” vote at NHL.com. Fans voted Sabres winger Jeff Skinner into last year’s game as the final member of the Atlantic Division.

“You always want to see your teammates get recognized,” Eichel said. “It was awesome to be able to spend the weekend with Skins last year, it was really cool. Whenever you have a teammate, someone you’re really close to, it makes the experience a lot more special.”

Who was the Sabres’ biggest all-star snub?

Sabres winger Victor Olofsson, having scored 16 goals and 34 points in 40 games, has more goals and points than any NHL rookie.

“There’s so many great players that don’t get recognized,” Eichel said. “There’s only so many spots, unfortunately. Vic’s been having a great year. I’m sure there’s a lot of other guys in the Eastern Conference and the Atlantic Division that probably feel like they got snubbed a bit and they’ve been having really good seasons as well.”

In other news, Krueger said 13 forwards will warm up tonight inside KeyBank Center. Winger Dalton Smith, a tough guy the Sabres signed to an NHL contract on Monday, will likely play.

“There’s a good chance he’ll be in our lineup today,” Krueger said.

Smith, 27, has been playing on an AHL contract with the Rochester Americans.

The Sabres, who hit the halfway point of the season tonight, have lost three straight games and six of the last of seven (1-5-1).