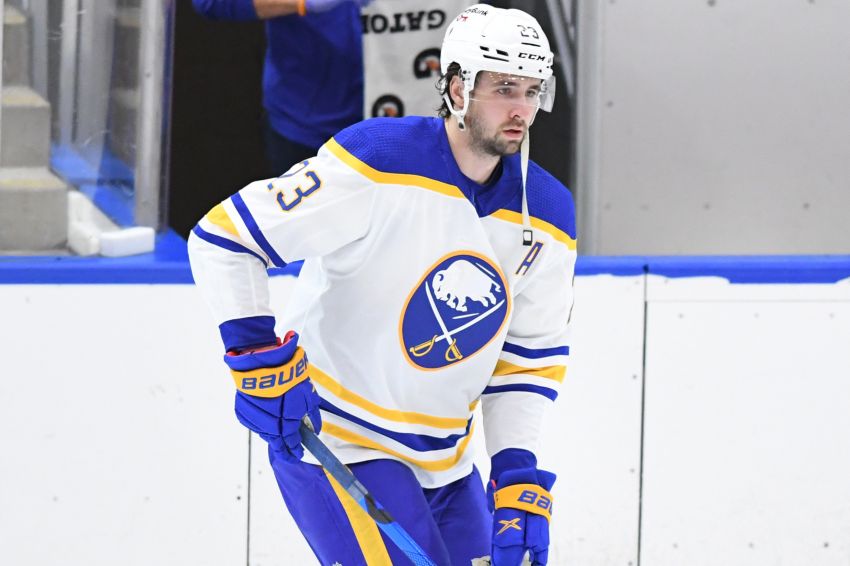 Mattias Samuelsson is expected to compete for a spot in Buffalo this season. ©2021, Micheline Veluvolu, Rochester Americans

BUFFALO – A lower-body injury will sideline Sabres defenseman Mattias Samuelsson for this afternoon’s Prospect Challenge game against the Boston Bruins, according to the team.

Samuelsson, 21, hobbled off the ice after blocking a shot late in Friday’s 3-0 win over the New Jersey Devils and did not return. Following the game, coach Seth Appert said they believed Samuelsson would be OK.

Meanwhile, center Jack Quinn will also miss this afternoon’s contest at Harborcenter. Quinn, who underwent hernia surgery in April, doesn’t have a new injury, according to the team.

Stay tuned for updates. Samuelsson, who played his first 12 NHL games last season, is expected to compete for a spot with the Sabres when training camp begins next week.

Quinn’s absence was related to what Appert called “load management.”

“He’s had a great summer,” he said. “He had a really productive couple days of practice and a productive game and he played very well. And we just felt that it wasn’t necessary to put him in a situation where he was overstressing it this early in training camp.”

One thought on “Mattias Samuelsson, Jack Quinn won’t play for Sabres this afternoon”